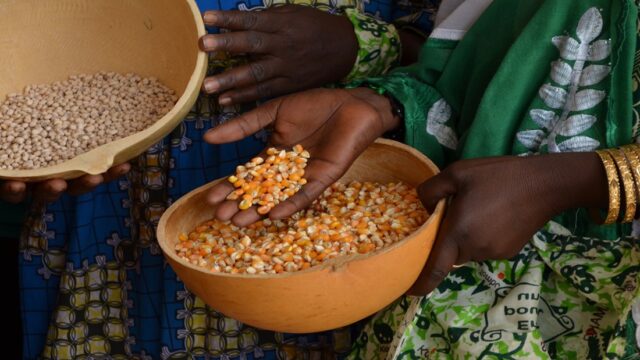 Africa’s governments and economic blocs are enacting legislation to regulate the continent’s seed markets, ostensibly to combat chronic hunger. Many believe the real reason is a corporate push to encourage countries to facilitate and promote the trade of hybrid seed varieties. The new laws are feared to destroy not only the continent’s food diversity but also its indigenous seed conservation practices.

The punishment for trading uncertified or fake seeds in Malawi is a “$30,000 fine or 20 years in prison,” according to the country’s recent Seed Act.

Malawi government data estimates close to 60 per cent of seeds traded there as uncertified. The law, approved by the country’s parliament on April 4, provides for instruments to regulate the production, processing, certification, sale, import and export of seeds.

Its passage was preceded by nearly a decade of debate, with the approval of the Act stalled many times. The government deployed all reasons to justify the legislation, yet there is an uncomfortable question:

It accounts for 80 per cent of planted seeds. That leaves only 20 per cent of ‘formal’ seeds to be regulated by the current law? Farmer groups and civil society organisations see the law as an entry of commercial seed companies into the market to ultimately take over the indigenous seed system.

The law had more advantages than disadvantages, Madalitso Kambauwa Wirima — Malawi’s deputy minister of agriculture — claimed at parliament on April 4. But Ulemu Chilapondwa, vice-chairperson of the Parliamentary Committee on Agriculture and Food Security, offered a word of caution:

John Lungu, the chairperson of the Seed Traders Association of Malawi, raised the same concern:

“The new law may result in loss of income and livelihood of farmers engaged by domestic seed companies to produce seeds. This is because most multinational companies engage farmers from their country of origin to produce the seeds for them.”

Malawian farmers in recent years have experienced a gradual shift in the seeds sector: The improvised or high-yielding hybrid seeds from companies are replacing the farmer seed system.

Fifty-six-year-old Abraham Munthali of Mzuzu city in northern Malawi has been a farmer for more than 20 years. He told Down To Earth that hybrid seeds, traded in the formal market by companies and now being regulated by the government through the latest law, have taken over the traditional seeds in recent times

“I did not prefer hybrid seeds. But old varieties are vanishing fast from our farms. Some of these hybrid seeds sold by companies cannot be replanted. We have to buy seeds every year.”

This has not been the case with the farmer seed system. For generations, they have exchanged or traded indigenous seeds among themselves.

Rachel Wynberg, an associate professor with the University of Cape Town, attributes the change in the country’s agriculture scenario to a push for industrialisation: “Local varieties are increasingly unavailable because of neoliberal agricultural reforms that have subsidised fertilisers and hybrid seeds and promoted cash crops.”

“There is fear that the new law will open up the domestic seed market to multinational companies. Domestic seed companies will be ultimately out of business. Along with it, the farmers’ own system of seed trade will die.”

FUM is an umbrella organisation representing some 1.5 million farmers, commodity associations, traders, processors and producers. Tamani Nkhono Mvula, an agriculture policy expert, agrees that over the past few years there is an increasing dominance of both local and international companies in the commercial seed sector.

The number of commercial seed companies in Malawi has been increasing since 2005, the year the government rolled out the Input Subsidy Program (IPS). This programme provides subsidised fertiliser and seeds to poor farmers.

With this, the demand for seeds of main crops, such as maize, legumes, sorghum and rice, skyrocketed. To meet the demand, commercial seed companies have been encouraged to take over the process, from production to distribution.

As a result, the number of seed companies has increased to 24 from just five in 2005, according to Supply Chisi, business development officer of the Seed Trade Association of Malawi (STAM).

“These companies have overtaken communities by storm with their participation in the subsidy programmes. The companies now have more sovereign power than the locals. This is a new reality,” Ken Machira, an agriculture expert from the Lilongwe University of Agriculture and Natural Resources, said.

Agriculture a neglected area among young people, but has potential to better their lives-says...

Ministry of Agriculture remain upbeat on the AIP