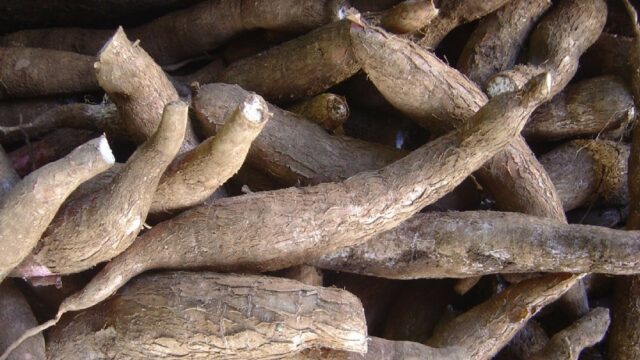 The Joint Meeting of Ministers Responsible for Agriculture and Food Security, Fisheries and Aquaculture from the Southern African Development Community (SADC) was held on 13th May 2022 at Bingu International Convention Centre (BICC) in Lilongwe, Republic of Malawi.

The meeting was preceded by a two-day meeting of senior officials from 10th-11th May 2022 which reviewed and cleared documents for the Ministers’ meeting.

The objective of the meeting was to consider and review the implementation of policies and strategies aimed at advancing the agriculture and food and nutrition security, fisheries and aquaculture production and productivity in the Region. The meeting took place against the backdrop of excess rains, which caused heavy flooding in some parts of the Region, cyclones and drought in others; outbreaks of transboundary animal and plant pests and diseases; major disruptions to the supply chain and services due to the COVID-19 pandemic, rising inflation and record the public debt that is constraining many countries’ ability to address the current socio-economic challenges and also the global food insecurity situation caused by the conflict between Russia and Ukraine.

The meeting was chaired by Honourable Lobin Lowe, MP, Minister of Agriculture of the Republic of Malawi and Chairperson of the Joint Meeting of Ministers Responsible for Agriculture and Food Security, Fisheries and Aquaculture. In his remarks, Hon. Lowe commended SADC Member States for working diligently during these trying times to implement a wide number of recommendations supporting the SADC agricultural efficiencies, including the 2021/2022 Synthesis Report on the State of Food and Nutrition Security and Vulnerability in the SADC Region.

He emphasised that it is through collective efforts and pursuit of mutual agreements and regional approaches and strategies that SADC can fully address national and intercountry investments in agriculture, water and natural resources whilst addressing some of the many challenges which have had far-reaching consequences and negatively eroding successes previously recorded.

Dr Mhlongo underscored the need for the SADC Member States to dig deeper in finding lasting solutions to achieving better and bumper gains in the agricultural space as this sector is pivotal in the Region’s socio-economic growth and a major catalyst in the alleviation of poverty as well as hunger-reduction. He emphasised that SADC should scale up efforts to increase production as the Region is confronted with unprecedented challenges which have had negative global impacts from, among others, the raging war in eastern Europe which has affected the availability of agricultural supplies, including cereals and agro-inputs.

Dr Mhlongo further underscored that although the SADC Region has made progress in mitigating against impacts of climate change, it was important to continue nurturing the environment, especially in the agriculture sector to limit its contribution to global warning thereby reducing environmental degradation, including the degradation of other natural resources such fisheries and aquaculture.

Ministers also deliberated on programmes of regional dimension in support of the implementation of the Regional Indicative Strategic Development Plan (RISDP) 2020-2030 and the SADC Vision 2050, particularly programmes for the development of the agriculture space.

Ministers noted the challenges constantly posed by reoccurring transboundary plant pests and animal diseases which continue to affect the production of food crops and urged Member States to strengthen the plant and animal pest and disease management and also prepare for disease outbreaks, particularly the African Swine Fever (ASF), two novel Foot and Mouth Disease (FMD) virus serotypes (O and A), H5 HPA, 14 H5N1 HPAI and many others.

Ministers urged Member States to accelerate the implementation of the SADC RAIP which will in the progress Improve and develop agriculture-related market infrastructure.

Ministers urged Member States to fully implement actions approved at the UN Food Systems Summit which transforms the way the world produces and consumes food as a turning point in achieving and helping deliver progress on Sustainable Development Goals (SDGs).

Ministers called for a strengthening of intersectoral collaboration on investment projects using the Water-Energy-Food (WEF) Nexus Framework and mobilisation of resources to support capacity building for Member States to implement the WEF Nexus concept in project planning and preparation.

Ministers approved the Standard Operation Procedures, the guidelines on the handling of plant genetic resources at the SPGRC and the Regional Strategy on Plant Genetic Resources Conservation and Utilisation 2020-2030 which are key policy instruments in supporting the fulfilment of the SADC RAP and industrialisation strategy.

Ministers further applauded the Republic of Mozambique for signing the Charter Establishing the SADC Seed Centre which guides the Member States on the coordination of seed certification and quality assurance, improving crop production and food resource diversification whilst preventing genetic erosion in agriculture.

Finally, Ministers appreciated the support rendered by the Government of the Republic of Malawi for successfully hosting the joint meeting of Ministers responsible for Agriculture and Food Security, and Fisheries and Aquaculture.