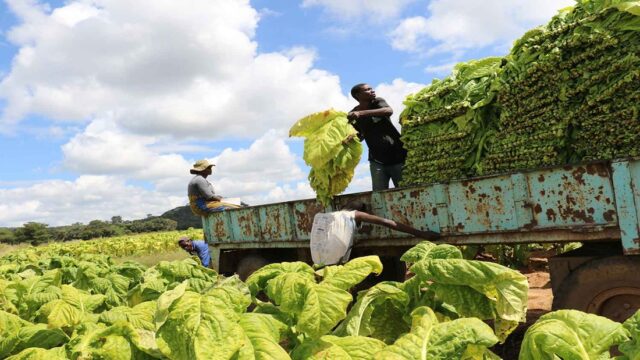 Leaf Malawi Limited, a subsidiary of Japan Tobacco International (JTl), has encouraged its growers to plant more trees in order to expand and establish a live ban base for tobacco farming in order to produce tobacco that is both marketable and sustainable.

On Friday, growers and company staff joined hands in Chitukula, Lilongwe, to clean the live bans in order to maintain them and care for the trees, which was also done by all our growers in all the districts where the company has a presence.

Speaking with members of the press, JTI leaf Malawi Limited Managing Director John Gauna said that the activity was aimed at conserving their forestry considering that agriculture works together with the environment as such as a company they make sure that their growers plant more trees because the initiative goes further than just growing trees but also helps with fertilization.

Gauna added that the live ban project started in 2013 and since that time it has gained momentum over the years whereby farmers themselves have been encouraging each other to plant the trees after realizing the importance of the live bans.

“Our targets are that by 2025 we want our growers, 100 per cent of them to grow tobacco in a live ban. This year this country experienced dry spells but despite the dry spells, I can proudly say that our growers have managed to come up with a good crop of good quality because of using live bans.

Commenting on the issue of live bans, one of the company’s grower Ganizani Fulu said they have helped him to grow good crops which after selling enabled him to make a lot money.

Fulu said that in past he was using other bans which were very costly but with the use of live bans things have changed for the better.

According to him, he started growing tobacco with JTI leaf Malawi Limited in 2009 and through the contract he has a house, Maize Mill, Solar power used for irrigation and livestock and among others.

JTI introduced the concept in 2013. Since then the company has planted 7.6 million trees, translating into 39 914 live barns. Out of these, 4, 778 are operational. The company has recorded 84 per cent crop survival rate.