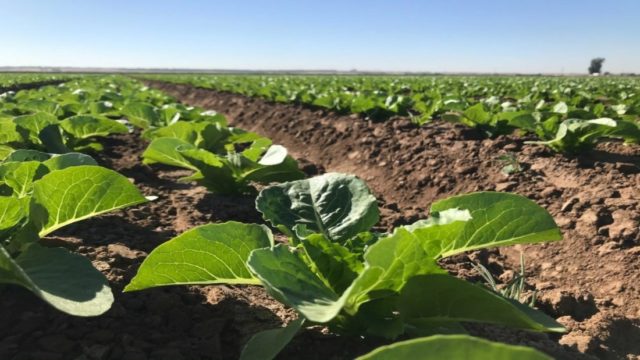 Chakwera gave a speech at the National Green Climate Conference, which was held recently in Lilongwe.

Climate change, according to the President, is still a major threat to economic growth.

Malawi will hold a climate change SADC Summit, he said, as the current chairperson of the Southern African Development Community (SADC). The summit is expected to adopt issues to be presented at the Conference of Parties (CoP) 26 in Scotland in October this year.

Chakwera also assured that his government is committed to providing resources in climate action at all levels.

In his keynote address, the National Planning Commission (NPC) Director-General, Dr Thomas Munthali, warned that Malawi may not easily graduate into a middle-income economy by 2030 and accelerate the achievement of most of the Sustainable Development Goals (SDGs) by 2030 unless the country coordinates its climate change management.

Munthali observed that Malawi has experienced an increase in the frequency, intensity, and magnitude over the last two decades of extreme weather events.

President Dr Lazarus McCarthy Chakwera attended and officially opened the conference, which has been funded by the United Nations and the United Kingdom (UK)’s Foreign and Commonwealth Development Office (FCDO).

“The country has experienced more than 19 major flooding events and seven droughts over the past five decades and in 2015 were affected by the worst floods in 50 years; the floods affected over 1 million people, displaced 230,000 people and killed 106 people, with another 172 people reported missing. If the climate change management is not carefully coordinated, the two milestones as outlined in the Malawi 2063 are unlikely to be achieved for Malawi neither will be the five-year immediate goals of food security, wealth creation and jobs creation,” he said.

In his keynote address, Munthali put much emphasis on the status and way forward for climate action in Malawi.

He also shared with the participants examples of the social and economic costs that come with climate change.

The NPC Director-General said due to the impact of the 2015 floods, earnings from tea export decreased by 23 per cent. Tea is Malawi’s second-largest export crop.

Munthali further disclosed that maize production went down by 14 per cent while cotton and sugar production fell by 54 per cent and 21 per cent, respectively.

“Net domestic borrowing increased beyond the budget by one per cent of Gross Domestic Product (GDP) due to the need to respond to the food crisis. Agriculture overall, which accounts for 28% of GDP, contracted by an estimated 2 per cent,” he explained.

Munthali added that droughts and floods alone are estimated to cost Malawi around 1.7 per cent of GDP per year on average – that is a whooping USD187million (more than what we get from tobacco in a year).

Quoting findings of studies done by the United Nations (UN) family, the NPC chief said Malawi loses an average of 29 tonnes of soil per hectare every year.

He said in 2018, this loss translated to 14 per cent of agriculture GDP.

“The good news is that corrective measures to this would add back to the economy an estimated 1.6 per cent of GDP annually. Such corrective measures include investing in climate-smart agriculture, massive afforestation programmes and alternatives to biomass,” said Munthali.

The Minister of Natural Resources, Nancy Tembo, said a study by the Intergovernmental Panel on Climate Change (IPCC) shows that the ongoing emissions of warming gases could reach 1.5 degrees by 2030.

Tembo described this as very bad news for the country as the effects could have a huge impact on the lives of Malawians.

She said her ministry would work hand in hand with all stakeholders in the fight against climate change.

Meanwhile, President Chakwera has launched the Women’s Network on Climate Change. He said Malawi couldn’t be talking about climate change without women participation.

“The launch of the women network is an inspirational way for a low carbon resilient economy and green Malawi,” he said.