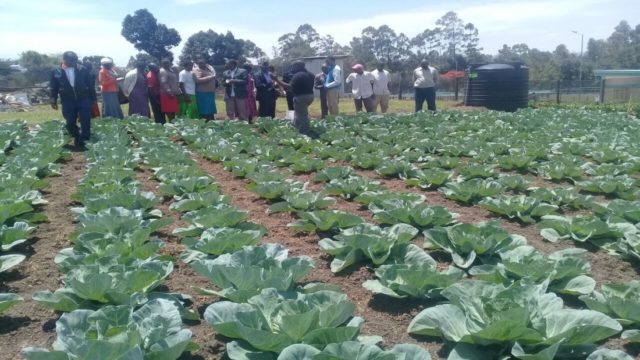 Malawi’s Minister of Agriculture, Lobin Clarke Lowe, has praised Zimbabwe’s agriculture sector, saying that his country has a lot to benefit from it.

“After going through the research station, we appreciate and have learnt a lot. Soon we will send a delegation to visit the Ministry of Agriculture and Seed Co. There is a lot to learn from transformative agriculture in Zimbabwe.

“My Government is going towards transformative agriculture and for that to happen we need to be oriented and Zimbabwe is the best country to get that orientation. I wish we had stakeholders or partners like Seed Co. If we have similar investment in research it would help the country and the region. I like the way you collaborate with your Government,” Lowe said.

He also commended SeedCo for their efforts in the area of research saying it is advancing the region.

“For SeedCo you are doing a wonderful job and I like the way you coordinate as a company and the Government. Your efforts are benefitting the region.” he said

Minister Lowe was accompanied by Lands, Agriculture, Fisheries, water and Rural Resettlement Minister Anxious Masuka who said there was need to transform agricultural colleges and universities’ curriculum so they do not produce extensionists, but entrepreneurs.

“Those already in Agritex should transform their minds to become business advisers. We have motorised them and given them gadgets. They should be prepared for paradigm shifts so they can help households to transform from farming for subsistence to business.” said Minister Masuku

Varieties of crops that include rice, soyabeans, sorghum, onions and cabbages are being bred at the station.