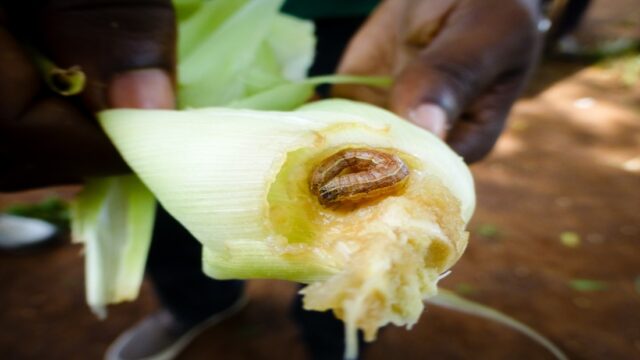 Thyolo District Chief Agriculture Officer, Miriam Ndhlovu has revealed that 9,756 hectares from all six EPAs of Dwale, Khonjeni, Masambanjati, Thekelani, Thyolo central and Matapwata have been affected by armyworm.

At least 35,000 families from six Extension Planning Areas (EPAs) in Thyolo district have been affected by armyworms, a development described as worrisome by the farmers.

“We are teaching the farmers to use neem, tephrosia and vogelli. Those who are affected but cannot afford to buy pesticides from shops can use available resources to deal with armyworms like ash and sand because these also help,” she said.

Ndhlovu asked the farmers to be weeding their fields regularly, to monitor and report to nearby agricultural officers when they observe any pests in their fields.

One of the farmers from Dwale EPA, John Chiyembekezo said that his maize field has been extremely affected by armyworms saying he was worried as he depends on agriculture for survival.

He said,” If this disaster continues we would end up harvesting less than our expectations and this would lead to hunger. We are trying to use what our agriculture officers are advising us to do so that we overcome the disaster.

“We are using local interventions such as applying sand and ashes in our fields to minimize the outbreak.

Chiyembekezo called other non-governmental organizations to work with the agriculture office to help fight against the armyworms.