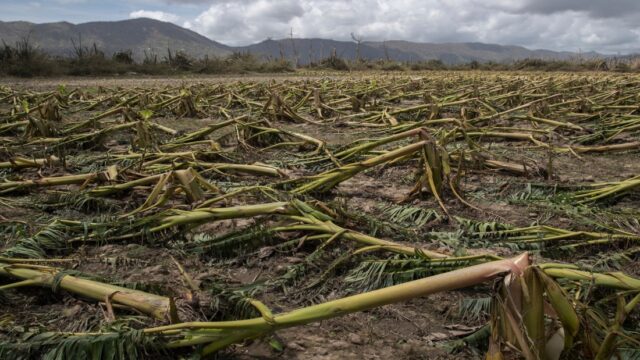 The World Food Programme (WFP) has revealed that its main concern with Tropical storm Anna is that heavy rainfall and flooding during the agriculture season could lead to harvests being lost, causing a substantial rise in food prices.

“Ana marks the beginning of the South-West Indian Ocean cyclone season, … according to forecasts more intense weather events can be expected in the next few months,” WFP said, adding it was ready to provide food to affected people and logistics support for rescue and relief operations.

In 2019, Cyclone Idai and the deadly floodwaters that followed it killed more than 1,000 people across Mozambique, Malawi and Zimbabwe.

Mozambique’s National Institute for Management and Disaster Risk Reduction said two people had been killed and 66 injured, while 546 homes had been partially destroyed and another 115 destroyed.

Malawi’s Department of Disaster Management Affairs said one person had died and 30 had sustained injuries, with displaced households seeking refuge from flooding in churches and schools.

The storm triggered major power cuts in Malawi, with its electricity generation company EGENCO saying that as of 1800 local time (1600 GMT) on Tuesday only 30% of the country’s installed capacity was available.

The Kapichira hydropower station, in particular, was badly damaged, with EGENCO saying in a statement that the intake dam structure had been partly washed away during flash floods.

Mozambique and other southern African countries have been repeatedly struck by severe storms and cyclones in recent years that have destroyed infrastructure and displaced large numbers of people.

Experts say the storms have become stronger as waters have warmed due to climate change while rising sea levels have made low-lying coastal areas vulnerable.

Mozambique’s disaster Institute estimated that as many as 500,000 people could be affected by Ana, although the weather institute said it had weakened from a “moderate tropical storm” into a “tropical depression”.