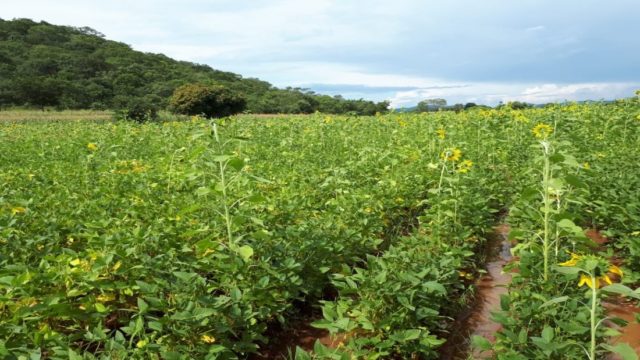 A workshop for farmers and other agriculture stakeholders was held on Thursday by the Alliance for a Green Revolution in Africa (AGRA), where they discussed ways to promote agriculture sustainability and market access.

Mcloud Kayira Chirwa, AGRA Associate Programme Officer, said after the workshop that they wanted to give farmers a voice so that they could express themselves on how best to solve their problems.

“If we are really going to build sustainable food systems, it is also important that we encourage and promote farmers to adopt sustainable agriculture technologies. Access to the market is a big challenge and you know markets play a critical role in food security and food distribution and it’s important we have the right policies and right framework to enhance food distribution and the general population access through markets. So we just have to make markets work for farmers and the rest of communities if they are going to access food,” said Chirwa.

Chirwa also noted that as AGRA they have a great role to play in raising awareness amongst the general public to ensure that these parameters, the technologies and the frameworks are made available to farmers so that the general population should be aware that there are simplified trade regimes frameworks which they can utilize when exporting commodities or importing.

In his remarks, Farmers Union of Malawi Head of Agribusiness Services Derrick Kapolo said the biggest challenge farmers are facing is access to markets and it is high time Malawi incorporated access to markets for farmers, to make the purchase system sustainable.

“The productivity gains Malawi is getting are driven by subsidies. So, farmers are able to produce but access to markets is a challenge and because of that you find that come next season the farmers are waiting for subsidies.

One of the agro-dealers, Peter Mawindo from Dedza district, complained that when they take goods to Mozambique some immigration officers charge a lot of money.

“The problem we are facing is that once we have taken the goods to Mozambique we still negotiate with the farmers and we agree on the price, but once we go that side the price comes down and that makes us lose because we have been charged a lot at the border.

“So, if AGRA can look into it A so that they can solve these issues as soon as possible so that when we are travelling to Mozambique or any other country there should be fair charges at the border,” said Mawindo.