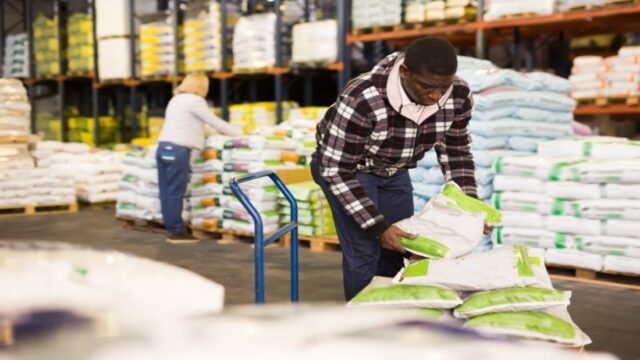 Malawians will experience historical highs in gasoline, food, and fertilizer costs as the crisis between Russia and Ukraine cause global fuel prices to rise, according to a recent policy brief from the MwAPATA Institute. Researchers from Malawi’s independent agricultural policy think tank advises crucial steps the government and business sector may take to lessen the impact of impending shocks and give possibilities for growth.

According to the US Energy Information Administration, the Russian Federation is the world’s second-largest gas and third-largest oil producer, with 17 per cent and over 10% of worldwide production, respectively (EIA). According to the brief, high fuel prices will hurt Malawians in a variety of areas, regardless of where they get their oil.

The authors of the policy brief found that the rise in fuel prices will lead to a precarious food security situation. Most food requires transportation to reach Malawian customers, so even people who do not travel by vehicle to obtain their food will experience the impacts of rising fuel costs.

The brief emphasizes that Malawi is particularly vulnerable to the rising costs of food resulting from the war. In 2018, 17 per cent of Malawi’s food imports, including the majority of the country’s wheat, came from Russia–one of the world’s largest wheat producers. Authors also find that since the beginning of the war, the retail price of a 50-kilogram bag of wheat flour has risen from US$55 to approximately US$78, a 42 per cent increase. The Malawian Ministry of Agriculture also expects its food production will be lower than average this year, due to late rains and flooding.

And the cost of fertilizer, which already reached a historic peak before the Russian invasion, may continue to rise. Russia is the fourth-largest producer of chemical fertilizers worldwide and Ukraine and Belarus are among the major global producers. Along with increased fertilizer costs, researchers predict an eight to 10 per cent reduction in the supply of fertilizer within the next year. In Malawi and worldwide, high food prices will drive fertilizer prices higher, and vice versa.

But fertilizers will not only be expensive, but they will also be in short supply on the world market. This is why the researchers recommend officials avoid delays in the procurement and delivery of the Affordable Inputs Program (AIP) for the upcoming growing season. The AIP is a 160 billion Malawian Kwacha (US$199.2 million) program implemented in 2020. It enables subsistence farmers to purchase farm inputs at a subsidized cost with the government paying over 70 per cent of the cost.

To address rising fuel costs, the policy brief proposes that officials should agree on reforms that improve land, labour and fertilizer productivity for locally produced maize and legumes. This may help decrease the necessity to transport as much food from overseas and may mitigate the impact of high food prices for Malawians.

The authors of the brief also suggest that, instead of relying as heavily on agricultural imports, the Malawian government should invest in producing more locally-grown commodities. They argue that government and donor actions should facilitate a shift away from a limited focus on maize cultivation and imported wheat products. Instead, they hope to see increased support for the production and consumption of locally produced wheat and maize alternatives, including cassava, sorghum, rice, and potatoes.

Based on interviews with farmers, the authors of the brief also advise further support for Dimba/winter cropping in areas where Cyclone Ana has struck. The harvest of Dimbas—smallholder wetland gardens—usually follows floods, which sweep fertilizer from the uplands and deposit them in dimba areas. These, the report says, play a crucial role in rural livelihood security and resilience to economic shocks and are important to maintaining.

“Not one person will be unaffected by rising fuel, food and fertilizer prices,” Burke tells Food Tank, “However, for governments that act early and swiftly, some of the pain is avoidable.”