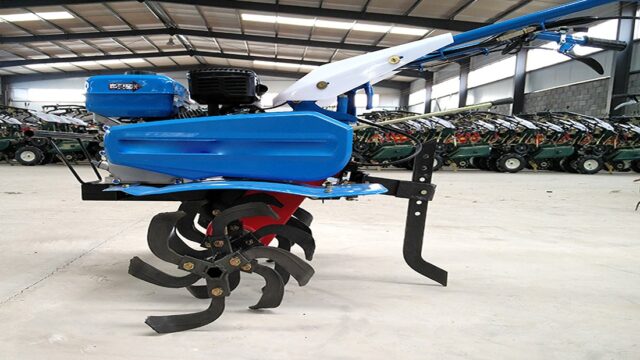 The Agricultural equipment sales have maintained good levels over the past two and a half years, characterised by the severe economic crises following the Covid pandemic and the war between Russia and Ukraine. In the nine months from January to September 2022, the market remained at higher volumes than before the 2020 pandemic, although between the end of this year and the first part of 2023 the sector is set to be affected by inflation and geopolitical uncertainty. Positive outlook for the coming years, in response to the growing demand for foodstuffs in terms of both quantity and quality.

Over the past two years, the economic crises that have hit the global economy have failed to halt the development process of agricultural mechanisation. In 2020, ravaged by the Covid pandemic with the forced stoppage of production activities and the slowdown of the entire system of trade, transport and logistics, the world tractor market held up well overall, closing with an increase of 7.7% (2,200,000 newly registered tractors). In 2021, there was a marked recovery, with conspicuous increases in the United States (+10%), India (+13%) and Europe (+16.6%), an expansive phase which excluded China, still grappling with the Covid emergency and related restrictions, as well as a poor domestic economic situation.

Overall, the agricultural machinery market grew by around 13% in 2021. Also, this year, in the face of the serious political and economic crisis brought about by the war between Russia and Ukraine, with the staggering rise in inflation, the cost of energy rising to unthinkable levels, and the continuing difficulties with the availability of ferrous and plastic raw materials, as well as the cost of logistics and transport, agricultural machinery maintained good sales levels. In the nine months from January to September 2022 – these are the figures released by FederUnacoma on 8 November 2022 in Bologna, Italy during the press conference presenting EIMA International. Sales in India indicate a number of tractors amounting to 665 thousand units, which corresponds to a drop of just 2.3% compared to the same period in 2021.

In the same period, the US market recorded 210 thousand units, down 14.3% on 2021 but with a sales volume that is still higher than pre-Covid levels. The European market also seems to be at respectable levels, albeit suffering from the deterioration of the general economic situation (-7.6% in the first nine months of 2022). Leading countries such as Germany and France are holding up reasonably well in the nine months: Germany marks a drop in tractors of 7.4%, maintaining a sales volume (23,400) higher than the pre-Covid level of 2019. France recorded a drop of 4.5% (23,500 units, higher than the pre-Covid figure for 2019), while smaller markets such as the Czech Republic, Hungary, Serbia and Croatia showed a noticeable increase. A separate case must be made for China, where the market continues its negative phase in 2022, caused by unfavourable general economic conditions (-1% tractor sales in Q1 2022 after -20% in 2021).

“The overall market trend confirms that the demand for agricultural mechanisation is now a constant in the world economic scenario. Even if the general economic situation, inflation and the restrictive policies implemented by governments, as well as the possible drop in agricultural profitability due to the increase in production costs, cannot fail to weigh on this year’s budget, and on the first months of next year. The expectation of agri-mechanics businesses is that the market will quickly get back on track as soon as the economic situation improves. After all, the agricultural sector is set to grow globally in the coming years, to meet the needs of a population that will increase from 7.8 billion in 2021 to 8.6 billion in 2031 (almost a billion more in just ten years),” observed Alessandro Malavolti, President of FederUnacoma.

Within the next decade, global agricultural production is estimated to grow by 17%, driven mainly by China, followed by India and the other Asia-Pacific regions, while sub-Saharan Africa will also see its production capacity increase. Increased yields are expected to lead to growth in grain production, although meat will see the greatest progress, with poultry growing by +16% over the next ten years and pork by +17%. Overall, it is estimated that world meat production will reach 377 million tonnes (+15%) in 2031, to meet a demand coming mainly from developing countries as well as from emerging countries. Agriculture and animal husbandry will have a wider geographic distribution – this is the scenario described in the OECD and FAO reports – as many countries will tend towards greater autonomy in supplies, partly reducing dependence on the Planet’s five current big producers, namely China, the United States, the European Union, Brazil and the Russian Federation.

If in emerging and developing countries technologies are mainly aimed at increasing production – it was finally observed during the EIMA International 2022 conference in more advanced countries, and especially in Europe, technological innovations are mainly aimed at environmental sustainability and the preservation of natural resources, according to the model summarised in the Green Deal and made operational with the measures of the new Common Agricultural Policy. Against this backdrop, it is estimated that the agricultural mechanisation market could grow substantially in the coming years. Export Planning data on world trade in agricultural machinery indicate that this is expected to grow between 2023 and 2026 by 5.7%.

Op-ed: As another food crisis looms, failure to protect the vital agricultural sector against...

Mozambique reaffirm commitment to promote industrialisation as a factor that stimulates...