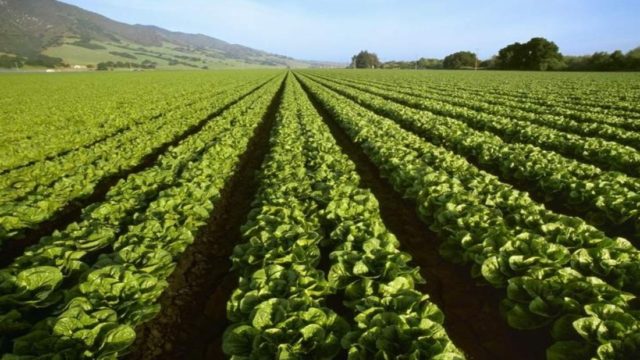 A crop of only four bags of maize, each weighing 50 kilograms (110 pounds), provides Ellena Joseph and her family with only four and a half months of food security. In September, the 63-year-old will embark on an eight-month-long frantic search for food.

Even after favourable rains, her maize production has steadily fallen over the last 20 years.

Her main problem, she says, is that she can’t get enough fertilizer every year.

“I often miss out on the government’s fertilizer subsidy program and it’s difficult for me to find money to buy enough fertilizer,” Joseph tells Mongabay at her home in a village just outside the city of Blantyre, Malawi’s commercial capital.

Thirty-two years ago, Joseph inherited a large piece of land where her parents used to harvest as many as 60 bags of maize, Malawi’s staple crop. Back then, her parents grew a local variety of maize and didn’t need to apply fertilizer or manure.

But Malawi’s soil has degraded, which experts attribute to a range of factors, including climate change, loss of biodiversity, and generally poor farming practices.

Herbert Mwalukomo, executive director for the Blantyre-based Centre for Environmental Policy and Advocacy (Cepa), adds that the Malawi government’s increasing emphasis on synthetic fertilizers and “certified maize seeds,” which are distributed through government-authorized dealers, has resulted in farmers having to dig deeper into their pockets to invest in farming.

“The so-called certified maize seeds and the inorganic fertilizer are expensive for many of our farmers who grow maize on less than half an acre [0.2 hectares] for their food requirements,” Mwalukomo says. “Every year, they have to buy new seeds and buy fertilizer. Add climate change effects to this, farmers are putting in more than they get.”

Without an alternative source of income, Joseph has had to sell off pieces of her land for money for fertilizer, food and other needs. “I don’t know what to do now,” she says resignedly when asked if she has any idea how to end her perpetual food shortage.

Some 250 kilometres (155 miles) away, in Lobi, in central Malawi’s Dedza district, lies a possible solution to challenges like Joseph’s.

Elizabeth Kamphale, 60, is reaping the fruits of productive farming practices.

While Joseph lives in a small, one-bedroom house built of sun-dried mud bricks, Kamphale owns a three-bedroom house in Dedza’s Kamala village. Her home is off the national electricity grid but has solar panels that power the lights in the compound.

And unlike Joseph’s dreary compound, Kamphale’s is lively with the cackling of chickens, grunting of pigs, lowing of oxen and bleating of goats.

Most of these, Kamphale says, is the result of the farming revenue she made over the past nine years.

Every year, she harvests more maize than her family needs for food. She also grows cash crops like soybeans, pigeon peas, orange-fleshed sweet potatoes and groundnuts. She intercrops some of these with a high-yielding, drought-resistant and nutritious local variety of orange maize.

She no longer relies on organic fertilizers, because mixed cropping, manure application and agroforests have significantly improved soil fertility in her field.

“Until these methods, farming was profitless and miserable,” she says. “It was very hard and unenjoyable.”

Families like Kamphale’s and Joseph’s are among the 3.3 million families in Malawi dependent on small-scale farming, who constitute more than 80% of the country’s farmers.

These smallholder farmers are the backbone of agriculture, the mainstay of Malawi’s economy.

The agricultural sector employs 80% of Malawi’s workforce, contributes 80% of foreign exchange, accounts for 39% of GDP, supplies more than 65% of the manufacturing sector’s raw materials, and makes up 64% of total income for Malawi’s rural population, according to government data.

But the government says agriculture has been performing below potential, citing factors such as heavy reliance on rain-fed farming, adverse impacts of climate change, land degradation, declining soil fertility, and poor access to and application of fertilizers by smallholder farmers.

The Ministry of Agriculture says it’s promoting a number of interventions — including intercropping, crop rotation, mulching, conservation agriculture, the use of organic inputs, and soil and water conservation — to ensure improved agricultural productivity in Malawi.

“The ministry does not have an agroecological policy per se but it is promoting practices that are addressing the agroecology issue in its totality, albeit not referred to with the term ‘agroecology,’” ministry spokesperson Gracian Lungu tells Mongabay.

However, critics say the government’s bias toward its flagship farm input subsidy program is starving other activities, such as agroecology, of needed resources.

The government says it’s not biased toward inorganic fertilizers. “It is not a correct opinion that the ministry is not pushing hard on agroecology because it is keener on the fertilizer program,” Lungu says. “The ministry promotes both organic and inorganic sources of fertilizers through integrated soil fertility management approach.”

The ministry says it’s working with research institutions on how best agroecology practices can be incorporated further into farming systems in Malawi.

Eco-friendly methods have given Elizabeth Kamphale and thousands of farmers in Lobi a fresh look at agriculture, through the Malawi Farmer-to-Farmer Agroecology project, or MAFFA. Introduced in the area in 2012, the project started off as a response to a UNICEF-financed study that found high rates of malnutrition in the area.

Mangani Katundu, a professor at the University of Malawi, which implemented the project alongside Soils, Food and Healthy Communities (SFHC) and Canada’s University of Manitoba, says the project started out to address the malnutrition problem but evolved into training farmers in sustainable agriculture methods. As part of the program, MAFFA trained 1,000 farmers, encouraging the production of crops such as orange-fleshed sweet potatoes, soybeans, groundnuts, cassava, finger millet and local varieties of orange maize.

Funded by Global Affairs Canada and the Canadian Food Grains Bank, the project introduced farmers to manure making and agroforestry for the improvement of soil fertility and pest control.

“The project came for the health of the people, but for that to be achieved in the long term, we had to ensure the health of the land as well,” Katundu says. “So, the main principles were taking care of the soil to keep it healthy, ensuring organic ways of dealing with pests and diseases and managing biodiversity to deal with climate change effects.”

Today, a tour of the area offers a sight of rows of Faidherbia albida, Gliricidia sepium, Leucaena leucocephala and Tephrosia vogelii — plants that farmers use to fight pests and improve soil health.

To “manufacture” pesticides, for instance, Kamphale crushes leaves from the chosen shrubs and soaks the pulp overnight. In the morning, she strains the mixture and deposits the pulp on her compost heap.

With the resulting liquid, she has a chemical that secures her crop.

For Cheukani Sineki, 62, making compost has been a silver bullet. “I no longer worry about the government’s subsidized fertilizer. That’s my fertilizer,” he says, pointing to a compost pit from where, every year, he produces at least seven oxcarts full of manure, enough for his two fields.

Not everyone in the community has reported the same degree of success, however.

Feliya Jabesi, a MAFFA project farmer, says it takes a lot of hard work to produce the manure to harvest enough maize for food and for sale.

In front of her house, she has a less than half an acre of a not-so-impressive maize crop, one of her three fields.

“We have improved the soil there a bit after three years of applying manure. The good thing with MAFFA methods is that we started with small fields. We learned the skills; we are now expanding,” Jabesi says.

“But some farmers found the methods too involving. After the project, they returned to ways that produce quick results.”

William Chadza, executive director of the Mwapata Institute, an independent Malawi agricultural think tank, tells Mongabay that the main challenge with agroecology is that farmers don’t see immediate benefits because the release of nutrients into the soil is slower than with inorganic approaches. “We have farmers who have smaller pieces of land and do not want to take the risk of experimenting on their smaller pieces when they are faced with immediate food security objectives,” he says.

Marisen Kenneth, another MAFFA farmer, says that while agroecology methods have proven to be effective, farmers have at times succumbed to severe climate impacts.

“You work and expect a certain harvest, only for rains to fail, leading to lower production than expected. The consolation is that in such times, these methods still give you a better harvest than those not practising them,” he says.

In Malawi, attention has often been focused on food security at the expense of maintaining healthy ecosystems, says Cepa’s Mwalukomo.

“If you degrade the environment, you won’t be able to feed the people,” he says. “The challenge is that in our pursuit of ‘farming as a business,’ we are also damaging the environment. Nothing wrong with making agriculture commercial, but it is counterproductive to do so at the expense of the environment.”

He says environmentally friendly farming isn’t something new in Malawi, but that it’s been lost in the flood of commercial interests of hybrid seed and fertilizer multinationals.

“Our grandparents were intercropping; they were not applying inorganic fertilizers. They were planting local crop varieties. But they were harvesting more than they needed,” Mwalukomo says.

“We just need to go back to those old ways. We need the right education and training mix, and reject commercial interests that are harming biodiversity and making farming not resilient to climate change effects.”

Back in Blantyre, Ellena Joseph recalls watching her parents farm in an eco-friendly way; however, she hasn’t tried to return to those methods.

“We are told that the current methods are modern and more productive. No farmer here implements the old ways. So, you do what everyone is doing,” she says.

Even in Lobi, there are still many farmers to be converted.

By the time the MAFFA project ended in 2017, it had directly trained 3,000 farmers and indirectly reached more than 6,000 households, out of a total of 27,000 households in the extension planning area.

Some of the farmers formed a cooperative, where members share seeds, organize visits and hold public shows on productive farming and food preparation practices.

Despite the program reaching thousands of farmers, the cooperative only has 114 members According to MAFFA farmer Kenneth, some farmers say they don’t have money to buy shares in the cooperative.

“Others just aren’t interested in our farming methods,” he says.

But despite its small size, the cooperative is helping the community’s farmers deal with the challenge of marketing their produce, says Kenneth, who is an executive member.

“We used to fall victim to vendors who invade the area and buy the produce at a very low price. Now, we put our products together and supply them in bulk to more organized markets. We have cut out the middle man,” he says.

In a sign of potential growth, the cooperative is currently in the final stages of the process of securing $122,000 in funding from a World Bank-financed government project.

They plan to use the money to build a warehouse for the storage of produce and purchase a 5-ton truck to transport it to markets.