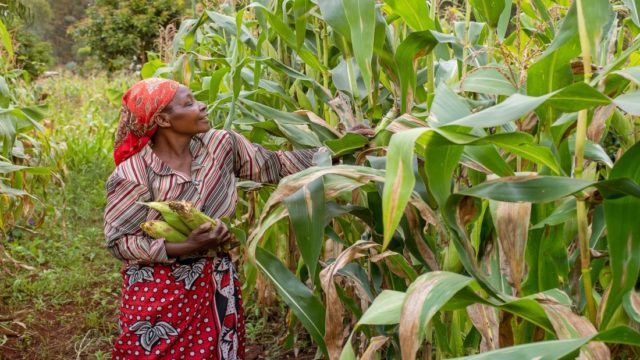 David Claude Pierre, the African Union’s Permanent Ambassador for Southern Africa, has urged the country’s youth to go into farming rather than waiting for jobs.

Pierre said agriculture was a neglected area among many young people, but it had the potential to better their lives, during festivities honouring Zomba District International Youth Day celebration over the weekend.

Pierre said Malawi, just like many African countries, is an agro-based economy, which means, if seriously considered, farming could free the youth from the bondage of poverty.

“We need to change our attitude towards farming. The youth must consider agriculture as another sector that could take them to prosperity.

“Farming is a better option because Malawi, in particular, and Africa in general, depends on agriculture for economic growth. However, that economic growth will not be achieved if the youth, who are in majority, do not take part in the process,” he said.

Pierre, therefore, appealed to the government to consider incorporating in the education system an element that would allow young Malawians to appreciate agriculture as a driver for economic growth.

Director of Youth Networking in the Ministry of Youth and Sports, Judith Msusa, concurred with Pierre on the need for the youth to embrace farming as an occupation, noting that most of them opt for decent jobs rather than the brown colour jobs.

“However, as a ministry, we are doing everything possible to ensure the youth take farming seriously.

“In addition, we also run a number of interventions that provide the youth with skills in technical, entrepreneurship and agriculture. We also train them in ICT (Information and Communication Technology), manufacturing and small scale mining,” said Msusa.

This year’s International Youth Day was celebrated under the theme: ‘Transforming food systems; youth innovations for human and planetary health.’

More Malawian products set to be on British store shelves