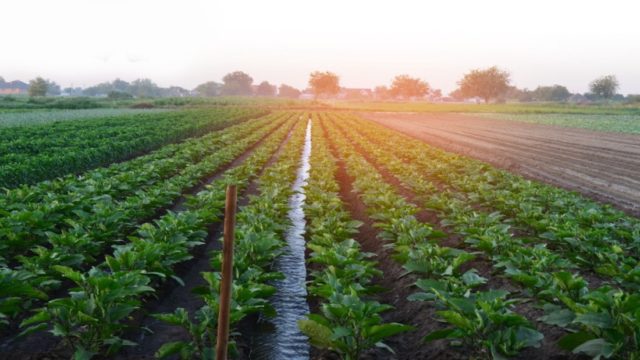 The agreement is expected to result in “significant export products that will benefit many African countries.”

On Tuesday, the MoU was signed in Lilongwe, attracting Minister of Agriculture Lobin Lowe and a large number of other public and private sector officials and dignitaries.

GBA is a Government of Malawi corporation established with the mandate to champion large-scale commercial irrigation through efficient use of land and water resources to accelerate the socio-economic transformation of the country.

On the other hand, Maka Resources is Zimbabwe’s leading irrigation and water engineering company, which, among other things, manufactures centre pivots irrigation and solar-powered systems locally and supplies grain drying technology and drip irrigation systems.

According to the MoU, the two firms will be jointly looking at scheme preparation, project implementation and establishment of agro-processing facilities.

However, each has a specific obligation in a MoU whose fruits “must begin to show in twelve months”.

GBA will provide land, free of any disturbances and facilitate some of the processes to get exemptions for the importation of some of the critical agriculture equipment.

On the other hand, Maka is required to source finances and other resources for the establishment of irrigation investments and projects.

Speaking during the MoU signing, GBA Acting Chief Executive Officer, Amon Mluwira, described the partnership as a milestone as far as commercial irrigation is concerned in Malawi.

“The MoU will facilitate the creation of a special purpose vehicle, leading to agreeing to go together to work on issues of investing in commercial irrigation in the country. GBA has a lot of lands suitable for irrigation, but resources have been a major constraint on our part. The resources we will get through this partnership will help in achieving the goals of GBA,” said Mluwira.

He praised Maka Resources, saying “the firm is a reliable partner which has all it takes to implement irrigation projects in Malawi”.

Maka Resources Chief Executive Officer, Innocent Sibanda, said the company was attracted to Malawi because of the potential of the agriculture sector in the country.

“There is so much we can do in agriculture in Malawi. We can exploit it together and feed our people. With climate change, there is no agriculture without irrigation. If there is no climate-proofing for agriculture, it is a waste of resources through droughts, irregular rain and other impacts of climate change. There can be no harvest,” said Sibanda.

Sibanda disclosed that Maka’s many areas of interest and focus in Malawi will include wheat production, after noting that 98 per cent of the wheat consumed in the country is imported.

He also said they are looking at expanding Soya production, a crop, he noted, is already doing well in the country.

In his remarks, Minister Lowe, who was the guest of honour, called for the implementation of the MoU between the two firms, saying Malawi can learn a lot from Maka Resources considering that the company comes from a country that is advanced in irrigation.

“We can no longer sing about these MoUs. Implementation is the key. My ministry will be following up on this MoU because irrigation is indeed the way to go. Irrigation is the policy of the government. It is the direction the country is taking,” Lowe said.