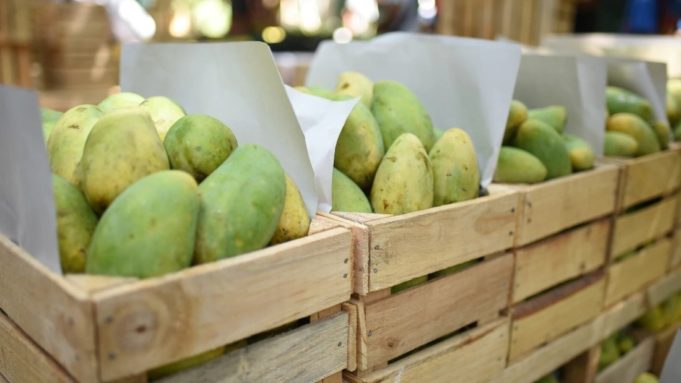 Minister of State for External Affairs V Muraleedharan said on Tuesday that India has signed deals to import pulses from Malawi and Mozambique and that it is in talks with other African countries to acquire pulses to suit its domestic need.

In his opening remarks at the India-Africa Agriculture and Food Processing Summit 2021, he noted that India is Africa’s fourth-largest trading partner and has grown to become the continent’s fifth-largest investor, with a total investment of USD 70.7 billion.

India could explore the possibility of increasing its economic and commercial ties with Africa, the minister said.

Stating that food security is a common thread that binds both India and Africa, Muraleedharan said India has donated food aid worth USD 15.8 million to various African countries under humanitarian assistance.

“India has entered into agreements with Malawi and Mozambique for imports of pulses to meet growing domestic demands. Currently, we are negotiating MoUs with some other African countries for import of pulses,” the minister said.

India is the largest producer and consumer of pulses. It imports pulses to meet domestic demand.

Muraleedharan mentioned that Africa has significant land to offer for the production of various products.

“India would like to explore the opportunity to invest overseas and produce crops while creating large scale employment, generating income, and even allow the economy to move up the value chain through the creation of agro-processing facilities,” he said.

The Indian private sector has already started investing in this field in several African countries, the minister said.

“On the trade and economic front, India is the fourth-largest trading partner for Africa registering USD 69.7 billion trade with Africa during 2018-19 and has become the fifth largest investor in Africa with its cumulative investment at USD 70.7 billion,” he said.

With a collective GDP of over USD 2.4 trillion and a population of more than 1.3 billion, Muraleedharan said Africa offers a great market to rising economies like India.

“The African Continental Free Trade Area (AfCFTA) which has come into force from January 1, 2021, is expected to play a greater role on pan-African agriculture development.

“It will help Africa realize its full potential, as per their priorities in agri-business to attain self-sufficiency in food security. We may explore the possibility of increasing our economic and commercial ties with Africa making use of the available opportunities under the AfCFTA,” he added.

The minister pointed out that the COVID-19 pandemic has negatively impacted the growth of the world including the African countries.

“As an agriculture and resource wealthy continent, Africa has the potential to turn this into an opportunity by optimal utilization of its potential to alleviate its poverty situation. We will be happy to partner with Africa in this venture,” he said.

Muraleedharan said India is still largely an agrarian country and feeds a population of more than 1.3 billion people. The agriculture sector contributes around 18 per cent to the total GDP of India and is the largest employer employing 54 per cent of the total workforce.

Similarly, in Africa, two-thirds of the population make a living through agriculture but the sector contributes less than one-third to the continent’s GDP, he added.

“India always stands ready to share experience and expertise of flagship programmes to African partners such as ‘Soil Health Card scheme’, ‘Per Drop More Crop’ for efficient use of soil and water in agriculture production. Projects such as the establishment of India-Africa Regional Soil Water and Tissue Testing Laboratories in countries of Africa are under implementation at various stages,” the minister said.

For the socio-economic development of Africa, the Indian government has executed 189 projects in 41 African countries and 77 projects are being implemented under Indian concession loans (Lines of Credits) with a total outlay of over USD 12 billion.

“I am happy to mention here that India has extended more than USD 6 billion concessional loans to African countries in agriculture and allied sectors,” he added.

“I would like to highlight that under LoC, India has successfully implemented projects such as milk processing plant in Mauritania, tractor assembly plant in Benin, revitalization of a textile mill in Kenya, sugar plants in Ghana & Ethiopia and setting up of the Agri related institutions like the Mahatma Gandhi Institute of Technology and Biotechnology Park in Cote d’Ivoire,” he said.

Muraleedharan informed that India has also extended support for the development of the cotton sector in 11 African countries where India has been providing cotton technical assistance, support and cooperation.

“Prime Minister Narendra Modi”s top 10 ”Broad Guiding Principles” have defined India’s engagement with Africa for the 21st-century partnership. One of the principles includes India”s commitment to developing Africa’s agriculture sector together,” he said.