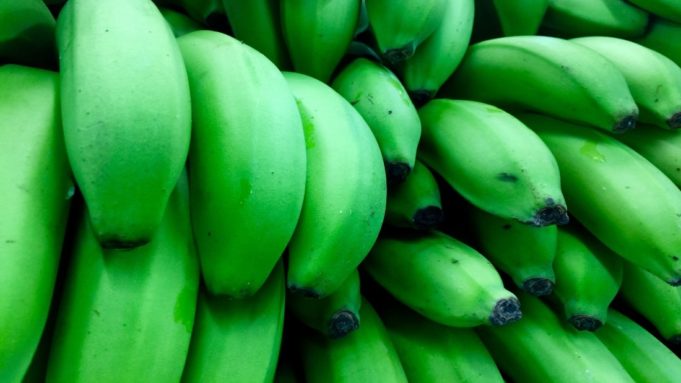 Joseph Nkhoma, a civil servant working as a veterinary medicine expert in Lilongwe’s Department of Animal Health and Livestock Development, began farming as a hobby a few years ago but has since discovered that it is a lucrative business.

Nkhoma began farming horticulture (mainly tomatoes) and small scale poultry (layers) as well as goats and cattle for a while after purchasing 35 acres of land about 20 kilometres outside of the Capital City along the Lilongwe-Santhe Road on which he planned to build a house.

“These were doing very well bringing in the much-needed income because the clientele was big and satisfactory,” he said.

However, he had to postpone these three types of farming as “I had to review the livestock venture owing to logistical issues — chief of which is the land size”.

From last year, Nkhoma used half of his land to venture into unknown territory — banana growing and currently the suckers are ready for sale to other farmers and he encourages people to go into banana production.

“It takes about 10 months to start seeing the first fruit but it’s always nice to see the plantation grow and change. It’s possible to earn through the sale of suckers before the fruits and then of course the fruits.

“Since I am only in the first season, I have been selling some of the suckers but I will soon be selling the fruits as well.”

He added that bananas can be grown throughout the year through irrigation to maximize production.

“Irrigation is very important in agriculture. I do irrigate but that’s an area I am still developing as I expand the area.

“I started farming just as a pastime but now the banana farming is being developed with income generation in mind and I hope it will come through.

“My assessment shows that both the suckers and the bananas are very marketable and will likely remain so for a while. Malawi needs to plant way more than we currently have.”

A couple of years ago the country was ravaged by the banana bunchy top disease that forced the Ministry of Agriculture to advise farmers to destroy all their crops to start all over again after it had been controlled.

Meanwhile, bananas were being imported from neighbouring countries and Nkhoma said farmers wouldn’t wish that the disease should come again and thus are being encouraged in good practices.

“But you know what, the positive outcome of that disease is that most people are now aware that this is a big business. It is now common to hear people or groups going into banana production across the country and not just in those traditional banana growing areas.

“I hope the right arms of government are preparing to assist farmers with the next phase — the market.”

What inspired him into farming? “I think it’s my upbringing and background. I grew up in the village and having a garden is all I knew until I finished college and went into practice.

“While in college, I always wished to practice aspects of my veterinary medicine generally but also use the knowledge and skills at my livestock farm. I have done bits and pieces of that and my ultimate goal is to have a properly integrated livestock-horticulture venture which requires patience to see it come up gradually.”

Nkhoma is an alumnus of Kamuzu Academy and went on to study veterinary medicine which, he says, he continues to enjoy practising and involved in its policymaking.

“Farming itself is just a hobby to while away time over the weekends. It is, however, lots of fun and possible to turn into an income-generating activity in a big way.

“I do not currently live on the land but it is not too far from the city but investing into living on the land cannot be ruled out in the near future.”

He said the challenges of growing bananas is proper land preparation, procuring appropriate manure and the waiting period when you have to keep investing without realizing any returns.

“There is need for labour, weeding is frequent, you likely need to irrigate. I looked at how much we are importing bananas and the piece of land available. I thought I could do my small part and so I got a horticulturist to assess the possibility and assist me. He did a good job!”

And the man is so passionate that despite having horticulturists to ask for advice, he invests his time by sourcing banana-growing information through Google.

“But I can’t take away what I learnt from the horticulture officers available at all times — they have been of great help.

The joy I have is just that feeling of being able to feed oneself — useful as I offer employment to a few but also to make some money. I think one must always have some little garden as a hobby.”

Going forward, he intends to reinvest into livestock farming as the clientele was big. I must say with the experience, livestock venture remains the ultimate goal, you can never make a mistake market-wise.”