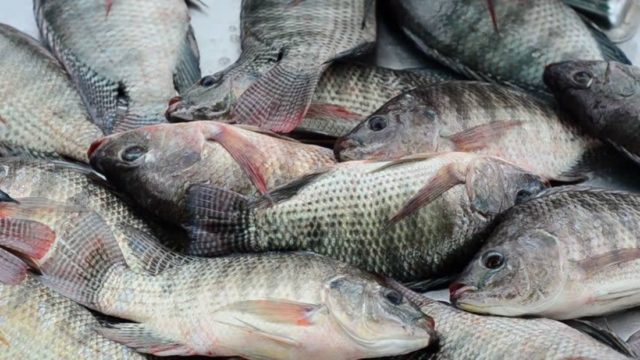 With the Malawian Ministry of Agriculture announcing the fish disease epizootic ulcerative syndrome (EUS) outbreak in Mchinji district on 29 July.

The Mozambican fisheries authorities are on maximum alert following an outbreak in Malawi in July of the fish disease epizootic ulcerative syndrome (EUS), also known as red spot disease (RSD).

EUS is caused by the fungus Aphanomyces invadans, and the mortality rate in aquaculture can be 100 per cent.

The director of the Aquaculture Research Centre, Rafael Rafael, sounded the alert at a Maputo press conference on Thursday.

EUS, he said, was first discovered in Japan in 1971, and has spread to various parts of the world, including the Zambezi Basin. For a long time, EUS outbreaks in the Zambezi Basin seemed restricted to Botswana (where it was diagnosed in 2007) and Zambia, but now it has spread to Zimbabwe and Malawi. “Probably it’s our turn now”, said Rafael.

Rivers could easily carry the disease from Malawi into Mozambique. Rafael said the marketing of fisheries produce has been banned in the affected area in Malawi, and the Malawian authorities fear the livelihoods of up to 55,000 fishermen could be affected

The Malawian government’s measures to prevent further spread of the disease include the suspension of the transport and sale of live or dead fish around the Bua river system and surrounding fish farms, and the suspension of fishing from the infected rivers and dams. Communities have been advised to avoid carrying water from the infected rivers and fish ponds to other water bodies.

In its advanced stage, the disease causes ulcers with pus, but in the initial phase, it is expressed through the appearance of red spots on the skin.

Since the 2007 outbreak in Botswana, the United Nations Food and Agriculture Organisation (FAO) has been financing studies of the disease and how it can be controlled. Mozambique benefitted from an FAO project which, at the time, showed that EUS did not exist in Mozambican waters.

The Mozambican fisheries authorities mounted an epidemiological surveillance system, to check on whether the disease had reached Mozambique. If extensionists detected any fish with the telltale red spots, they were to inform the authorities immediately.

Rafael said this system has now been reactivated. Extensionists have been warned of the possibility of EUS spreading into Mozambique. “If they see any fish with injuries, they must take samples”, he added.

If an outbreak is confirmed, he said, the first thing to do is isolate the area, prevent any further fishing in infected waters, and ban the use of fishing gear that may have been in contact with the fungus.

“Fishing in any lake contaminated with the disease must be avoided”, stressed Rafael, “and we must also prevent the same nets from being used in other waters. Otherwise, we will just be spreading the infection”.

The disease is seasonal, and Rafael said that, after some time, it might disappear naturally.

EUS kills fish, not people – nonetheless, the rot caused by the fungus might attract bacteria damaging to human health, and so Rafael warned against consuming infected fish.

The first in-person cohort of the African Center for Aquatic Research...