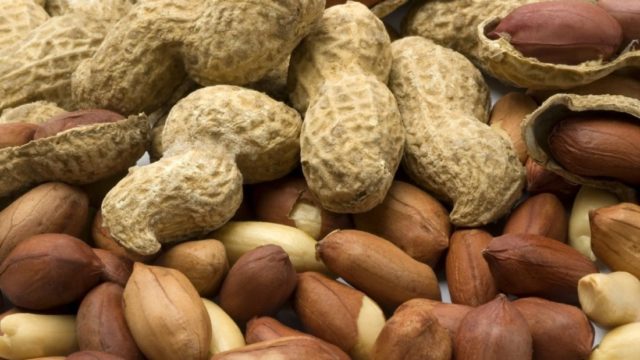 Pyxus Agriculture Limited claims that its newly opened groundnut processing factory in Lilongwe’s Kanengo Industrial Area has the potential to boost the country’s agricultural exports, benefiting both the government and local smallholder farmers.

Pyxus Agriculture Limited Managing Director Ronald Ngwira made the remarks on Thursday during an open day tour of the company’s factory and Mpale commercial farm in Madisi, Dowa, which was attended by delegates from various diplomatic missions, international and local development organizations.

According to Ngwira, his company’s factory has the capacity of processing about 50,000 tonnes of groundnuts within 24 hours and it’s the biggest processing factory of groundnuts outside South Africa.

“Our aim is to is to do value addition and export the final products as well as the polished groundnuts to international markets as well as sell it locally which in the process will boost the country’s export earnings and at the same time boost our local smallholder farmers economically as their produce now have a ready market,” said Ngwira.

He disclosed that currently about 7,000 smallholder farmers are in a contractual agreement with the company. According to Ngwira, these smallholder growers are now cultivating a number of modern varieties of groundnuts which upon harvest they sell to the company at a better price comparing to the minimum buying price usually set by government prior to the selling season of crops in the country.

“Last year the minimum selling price of groundnuts that was set by government was around K330 per kilogram, but as Pyxus the minimum purchasing price from our contracted farmers was K440 per kilogram. Such is the case because our target is to make sure that the local smallholder farmers should also benefit economically and in the process boost the country’s economic exports at international level,” he said.

According to Ngwira, apart from providing extension services to all the 7,000 contracted smallholder farmers of which majority of them are based in central and northern regions districts of the country, his company also provide these growers with farm inputs such as fertilizer and seed in form of loans which enable them to get high yields and in the process maximize their profits.

“So far we have about 7,000 smallholder farmers who are cultivating groundnuts under the contractual agreement with us and we are aiming at reaching to about 30,000 farmers in the next three years. Our aim is to make sure that as we grow economically, our smallholder farmers too sh In her remarks, Director of sustainable and economic growth at USAID’s Malawi office Anna Tones said she was particularly impressed with Pyxus’s investment both in the groundnut processing factory as well as at its commercial farms.

According to Tones, the company’s investment in the two areas has the huge potential of reducing the gap of groundnuts products globally.

Tones disclosed that the demand of groundnuts and its products is so huge at the international market hence Pyxus should utilize that demand by exporting more groundnuts value-added products which will in the process improve the social economic aspect of smallholder farmers across the country.

“It’s high time Malawian farmers diversify their agriculture through cultivation of other crops other than maize and tobacco. I therefore, would like to urge all smallholder farmers in the country to support Pyxus’s initiative by making sure that they are growing modern varieties of groundnuts which produces high yields and can be easily exported to international markets,” said Tones.

Currently, Malawi produces about 400,000 metric tonnes of groundnuts and Pyxus is striving to double that quantity through the introduction of new varieties that can produce more yields per hectare. The company is currently working with a number of agricultural based research institutions in-order to come up with modern high yielding varieties of groundnuts.