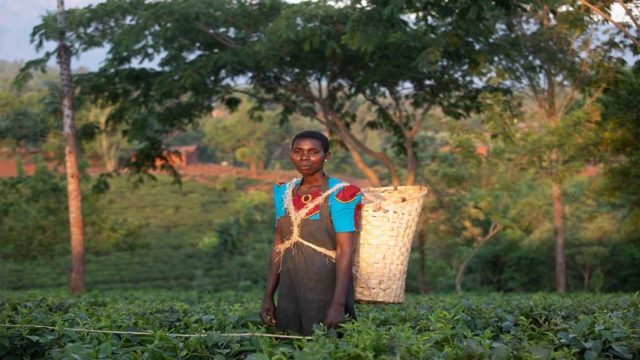 Standard Bank of Malawi has partnered United Nations Women to capacitate women farmers to contribute to the economy of the nation through climate smart agriculture.

The project is dubbed ‘Contributing to the Economic Empowerment of Women in Malawi through climate smart agriculture’, the project focuses on the utilization of improved crop varieties of groundnuts, an improved farming system of the crop and creation of a value chain that presents attractive markets for the targeted farmers.

The project has been funded to the tune of K340 Million; its aim is to orient a target of 10,000 women farmers who will be taught in how best they can enhance their farming of groundnuts using climate smart ways.

The launch was hosted by one of the beneficiaries of the project, Gwiritse Producers and Marketing Cooperative which has 242 members of which 154 are women.

This initiative is part of a K2.2 Billion (US $3 Million) initiative – also funded by Standard Bank Group- that will be undertaken in South Africa, Uganda and Nigeria and will target 50,000 women farmers.

In Malawi, the project will be carried out in Lilongwe, Mchinji, Mzimba and Karonga districts.

The timeframe for implementation of the whole project in all the four countries is from January 2019 to December 2020.

Standard Bank Chief Executive, William le Roux, said agriculture is an intergral sector that drives the economy of a country and as such it should be given all the support it deserves.

“Our underlying business principle is that Malawi is our home and we drive her growth. We therefore believe that our business can thrive only if society prospers. This project which has targeted a crucial group in the farming industry will change the way people see agriculture for many years to come,” said Le Roux.

Applauded Standard Bank for the commendable job they are doing in the name of women empowerment as well as the role they have played in opening up avenues for women farmers in the country.

“What Standard Bank has done is a good example of how the corporate world can explore various ways to improve people’s livelihoods. We are even more grateful because this particular project has put women at the core of everything,” said Dr Mtupanyama.

Ruth Deodato who has been a member of Gwiritse Cooperative since 2017 was in a jubilant mood as this launch spelt profit prospects for her farming project.

“Where I am today, I have already benefited a lot from this cooperative. Now with what we have been told about this project, I am very sure that with climate smart ways of farming, I will realize huge yields of groundnuts,” said Deodato.

“As a corporate champion of the HeForShe campaign, Standard Bank has demonstrated its full commitment to ensuring that girls and women take a leading role in realizing potential among themselves and benefitting from all developmental programs and policies,” said Anyangwe.