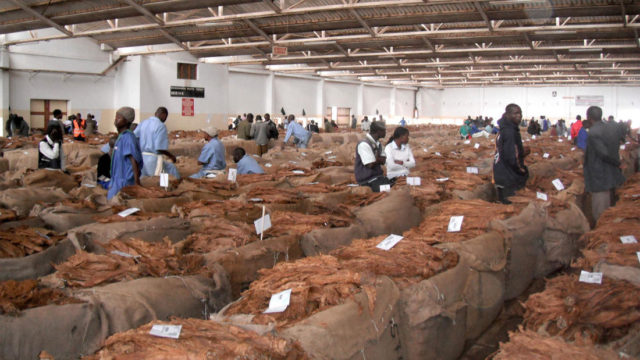 Tobacco Control Commission (TCC) has announced the coming in of another international tobacco buyer by the name WATERGEN with the hope that this will propel competition of the leaf on the market.

The coming in of brings the total number of foreign buyers to seven and currently there is only one local buyer.

TCC Chief Executive Officer (CEO), Kaisi Sadala Wednesday in Lilongwe announced that the 2017-2018 tobacco market comes to an end this August and he disclosed that a new buyer would came in towards the end of the season.

He was briefing members of the Media Network on Tobacco (MNT) on the recent developments in the industry in Lilongwe.

“It is the intention of the TCC and government that we attract as many buyers as possible because we feel that the more the buyers we have, the more the demand for our tobacco and the better the prices.

“This is so because the competition on the market arises when you have many buyers unlike when you have fewer buyers, where it becomes more or less of a monopolistic situation and at the end of the day; it is the grower that suffers,” Sadala explained.

On closing of the 2017 – 2018 market, the CEO said exact dates of particular markets would be announced in due course.

“The main reason why there seem to be a bigger jump is the influx of tobacco from neighboring countries like Zambia and Mozambique. But mostly it is Mozambique because our colleagues there closed their markets almost a month ago and people took advantage to move the remaining tobacco into the country,” Sadala observed.

He added saying he is hopeful that the Tobacco bill would be tackled in the next sitting of parliament saying the bill is in the interest of tobacco growers and the nation as a whole.

“The bill would bring a lot of sanity in terms of how we safeguard the integrity of the crop and also how we as a regulator could effectively regulate (the industry) to ensure that the crop is properly managed,” the CEO noted.

During the interface meeting, President of MNT Alfred Chauwa appealed to the TCC to address the issues of deductions in which farmers are heavily deducted as taxations, transportation problems and high charges being imposed by transporters on farmers.

He urged the media to be accountable to the farmers saying they have a role to ensure that farmers are being protected from abuse.

The first tobacco estimates were initially pegged at 149 million kilogrammes (kgs) with a reduction of 147 million kg in the second.

WATERGEN has been buying the leaf through a third party but its full scale operations are expected in the coming 2018-2019 season.