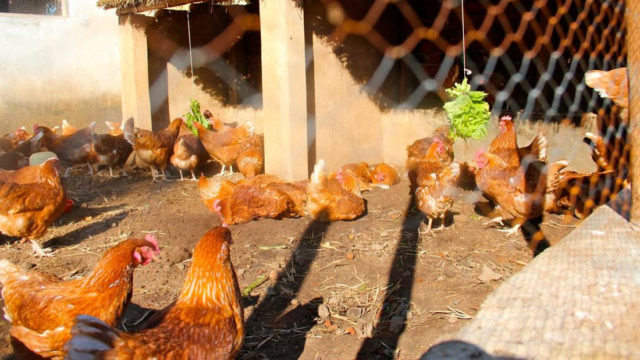 When 39-year-old Mirriam Missi decided to make poultry farming her main economic activity, she never expected to survive the stiff competition in the poultry industry.

“There are so many people and companies in poultry farming scrambling for the same market. But that did not put me off,” said Missi, a resident of Chinamwali Township in Zomba.

In Lilongwe, one group of locals called Chambwe Cooperative was forced out of poultry farming business by a new company in the area that had everything such as mass production of chicken, feed for chicken and low market prices.

But for Missi and most poultry farmers in Zomba, the story seems different.Their production is thriving because potential markets are readily available once the chickens are up for sale.

On a day when we paid Missi a visit at her home, she had just finished transacting the sale of 200 chickens.

“Each chicken has gone at K3000, which translates to K600, 000. I have sold to one of my big customers,” said Missi who boasts of three standard pen houses that host close to 600 chickens in total.

Some of the big buyers where Missi supplies her chickens include Mandevu Farm in Machinga, The Catholic University in Chiradzulu and Annies Lodge in Zomba.

Her journey into poultry farming started in 2014 after joining Mangasanja Cooperative, a grouping that promotes investment of community savings into various individual and group businesses.

After being tired of warming her home as a house wife, Missi decided to do something about her life.

“I was admiring fellow women who were empowering themselves with various businesses. When they sold me the model of community savings, I did not hesitate to give it a try,” Missi said.

The contribution of poultry production in poverty alleviation cannot be overemphasized. That is why programs that focus on small scale and family-based poultry production need to be enhanced in exploiting its potential to improve livelihoods of people.

It is for this reason that members of Mangasanja Cooperative, with support from Community Savings and Investment Promotion (Comsip) Union, opted for poultry farming as both individual and group business.

Missi is one of the members of Mangasanja Cooperative in Chiluwe Village, Traditional Authority Malemia in Zomba. Her membership to this grouping has been key in the growth of her business in poultry farming.

Missi’ initial capital for this business was drawn from the cooperative back in 2014.

“I borrowed K150, 000 and bought 100 chicks, feed and constructed one pen for rearing the chickens,” she said.

Since then, Missi has never looked back. She is always proud to be a member of Mangasanja Cooperative.

The majority of the members are also engaged in individual poultry farming and as a group, they want to take the same direction.

Last year, the group received about K3.4 million from Comsip Union for constructing a structure that will be used for rearing chickens.

The building stands on a land the group bought at K450, 000. This was money generated from members themselves.

The cooperative sees a huge potential and market in poultry farming and want to turn this business as their future in terms of generating income.

“We have so many big restaurants operating in several places such as schools, markets and workplaces that need constant supply of these products,” said Mpofu, who himself is also raising 100 local chickens.

With a total income of K2.4 million, the cooperative is looking forward to invest resources that are generated from members through savings and loans.
Currently, group members buy shares worth K5000 as minimum every month.

Poultry production is one of the value chain projects supported by Comsip. It is recognized as one of the tools for alleviating poverty, diversifying income and enhancing food security especially in rural areas.

For members of Mangasanja, occasional consumption of the chickens provides a valuable source of protein in their diet and improves the nutritional status of most households.

“This is helping our families to be health and we do not face any challenges related to malnutrition,” said Stella Mdoka, another member.

She added that their group has already been trained by Comsip Union in nutrition and health with a grant worth K510, 000. This training enlightened them on how best to incorporate issues of nutrition in their business places and homes.

Peter Banda is community development assistant for T/A Malemia area and is responsible for supervising cooperatives.

His view is that Mangasanja Cooperative has shown all the signs of success because of the commitment of individual members in improving their lives.

“This group was almost dead and there was only one person remaining before 2012. Most of the current members are new. They are yet to receive training from omsip but they are already doing a number of activities on their own,” Banda said.

Raising chickens as a group business is yet to start but the dreams are already blossoming. The cooperative looks forward to grow in livestock production by rearing other animals such as goats, cattle and pigs.

For Mirriam Missi, a mother four, she is already supporting the secondary education of her two children and other plans are in the offing.
“I want to buy land and build houses for rent as well as buying a 3-ton truck for hire,” she said.