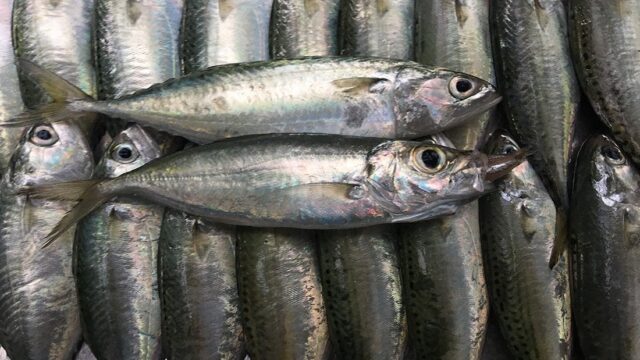 Smallmouth bass, largemouth bass, common carp, gizzard shad, and longnose gar were among the netted fish that gradually made their way onto the boat.

They were snatched into the 21-foot boat on a gloomy spring day on Lake Erie after being briefly stunned by the electricity flowing from rods on the boat’s bow. Usually, fisheries researchers use electrofishing to survey the fish populations in close proximity to Lake Erie as well as walleye or white bass spawning runs in the Maumee and Sandusky rivers.

It’s not so unusual activity for Ohio Department of Natural Resources Sandusky Fisheries Research Station staff. What was unusual were the guests trying their hands at the ODNR sampling techniques – nine women scientists from Africa on an international exchange in the Great Lakes region as part of a program.

The women were all part of the first in-person cohort of the African Center for Aquatic Research and Education’s African Women in Science program.

For Gladys Chigamba – a research scientist with Lilongwe University of Agriculture and Natural Resources in Malawi – it has been many years of being one of few women in her university. Out of the seven people in her class when she was doing her bachelor’s degree, two were women. When doing her master’s, she was the only woman in the class out of four.

“In my life I wanted something daring,” she said, “and I found science to be challenging, so I said I have to do it.”

She was particularly appreciative of the trip out on Lake Erie because of the chance to get more practical experience. In her university, there’s a strong focus on theory work, and sometimes they lack the needed equipment to move beyond theory.

The African Center for Aquatic Research and Education, or ACARE, was formed in 2017. Scientists from Africa, North America and Europe came together with the goal of boosting freshwater research, management and science in East Africa.

“We’ve had some processes that seem to work pretty well like the lake committee systems out of the Great Lakes Fishery Commission,” said Ted Lawrence, the executive director and one of the co-founders of ACARE. “Everyone, the states, U.S. and Canada all work together to ensure the health of the lakes, and the African Great Lakes have similar bi- or multinational components, and so we’re just trying to strengthen the science on those and make it harmonized and work together.”

The shared cross-continental drive to understand and protect freshwater resources is what ACARE is built on.

“It means a whole life,” said Grite Nelson Mwaijengo, a lecturer and researcher with the Nelson Mandela African Institution of Science and Technology in Tanzania. Mwaijengo is one of the women in the AWIS 2022 cohort.

The African Women in Science program began in 2019 after Lawrence and his colleagues mainly found themselves in rooms with only male colleagues and counterparts in the many conferences around Africa that they were attending. Two interns from the Kenya Marine and Fisheries Research Institute asked if there would be a way to increase women’s participation in those conferences.

“With help from other African women and some of our other colleagues, we created this program with the idea of why not strengthen networks,” Lawrence said. “Let’s get them out of Africa briefly to strengthen the network and globally, both for North America and the Africans. And then let’s try and address some of those challenges that they’re working on, from family obligations, work obligations, the perspectives. Let’s start breaking those down. That was the impetus of it, just being made more aware and then determining what we could do to try and help break down those barriers.”

COVID-19 derailed their plans. The women who were part of the 2020 and 2021 programs participated in conferences and training virtually.

And 2022 is when ACARE managed to arrange for a group to visit North America in person.

The 12 women selected for the 2022 cohort were chosen out of 180 applicants, and cover a wide range of careers, areas of expertise and geography. They are fisheries officers, PhD students, teachers, and one is a meteorologist. And they come from Uganda, Malawi, Rwanda, Kenya and Tanzania.

Nonetheless, the parts that happened gave the women an array of useful experiences. Each had the opportunity to present on their research at the Joint Aquatic Sciences Meeting and network there. They received leadership training. They visited the USGS Great Lakes Science Center, followed the USFWS for sturgeon sampling and spent the day with the Ohio DNR.

It seemed to be a success. There was excitement on the women’s faces and plenty of questions, as they sought to learn from their North American counterparts.

“Something that is similar that made me laugh,” said Diane Umutoni, a conservation and research assistant with Akagera National Park in Rwanda. “Most of us think that back home, you’re not doing the real science or thinking maybe data sets, you’re collecting it and that’s good enough, but I’m glad that you’re taking all the same data from here and there.”

Among her team at Akagera National Park that is focused on wildlife conservation, Umutoni is the only one with a specialty in aquatic knowledge. She plans to bring back what she’s learned on this trip to better understand the water quality of the 10 lakes in Akagera National Park and improve fisheries management.

“The technology we use to collect this data, that’s the difference that I’ve seen,” she added. “The technology here is advanced. But we are back home still using like these old techniques and equipment, but we’re still collecting the same data. So I was very impressed by that, that we were also doing science. I was kind of underestimating our work.”

At the Joint Aquatic Science Meeting in Grand Rapids in May, the women had workshops on social media and public speaking, then put their skills to work in a lunchtime session. They introduced themselves and their work, and met other researchers for roundtable discussions with the goal of establishing longer-term collaborative relationships.

The networking and opportunity to meet other women working with Great Lakes in particular seemed to strike some of the women.

Umutoni shared that it was empowering to meet women who had been working with the North American Great Lakes, some for 40 years.

“Seeing them be successful as women, it’s kind of encouraging on our end,” she said.

Even in the U.S. though, there are still a lot more men working in aquatic science than women. Ann Marie Gorman, supervisor of the ODNR Fairport Harbor Fisheries Research Station, was there for the AWIS visit – one of the few female ODNR staff in attendance.

She reflected on how things seemed to have improved, from seeing maybe one woman for every 70 men in the ‘90s to five women for every 70 now.

“I’m seeing that there’s a lot higher proportion of women now in graduate school,” Gorman said. “I think the next generation that’s coming in, you’ll see a lot more even balance.”

Despite the difficulty, Mwaijengo believes that you just need to find the part of you that knows you can do it, no matter the challenges.

“As a woman, it’s an incredible journey,” she said. “A lot of ups and sometimes major downs, but being a woman scientist, it’s everything. It speaks itself. Science is beautiful, though it’s not easy. It needs commitment. Persistence.”