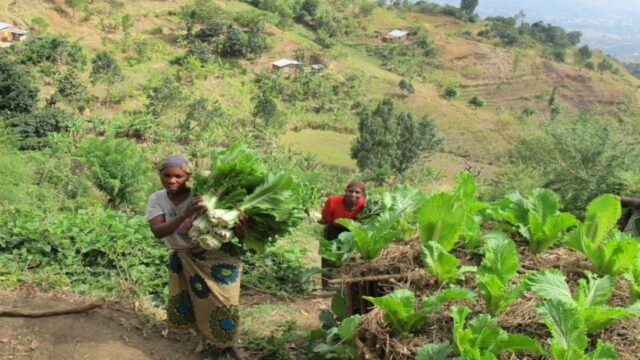 Malawi’s president, Lazarus Chakwera, has advocated for a transformation from mostly subsistence farming to industrialized commercial farming to reach the country’s 2030 goal of becoming food self-sufficient.

Chakwera said it is disturbing that 80 per cent of Malawi’s farmers are small-scale farmers, despite the country’s rich resources that might transform it into a commercial farming nation, as he launched the National Agriculture Fair in Blantyre.

The more the farmers engage in high-value agriculture and add value to their products, the more they will see their profit margin rise, Chakwera said.

The president added that his emphasis on agriculture does not mean that he does not dream of Malawi also thriving from tourism, mining and telecommunication.

“It is just that at this stage of our national development, making our agriculture sector a success is foundational to diversifying our economy,” he said. “The next time you hear someone admiring America’s economy, tell them that the big part that keeps their economy strong and finances its diversification is agriculture.”

“As a case in point, in the 2021/2022 national budget, import duty on agriculture machinery was waived, precisely to make irrigation equipment more affordable and accessible. Our entire economic policy framework is driven by our unapologetic desire to build an agriculture sector of the future,” he said.

However, farmers are sceptical about the president’s words.

Masauko Kabapha, who owns the Chimwemwe farm in Kasungu District in central Malawi, said commercialized farming in Malawi can only be possible if banks are more flexible with farmers.

Commercial farming in Malawi is impossible, he said, because farming equipment and machinery are too expensive for a small farmer, and getting a loan is difficult because banks ask for collateral, which most farmers cannot manage.

He also said that, although the government has waived duty charges on machinery for irrigation farming, most areas of Malawi still lack the necessary equipment. Most of the dams and water reservoirs that were built for that purpose are not functional and need rehabilitation, he added.