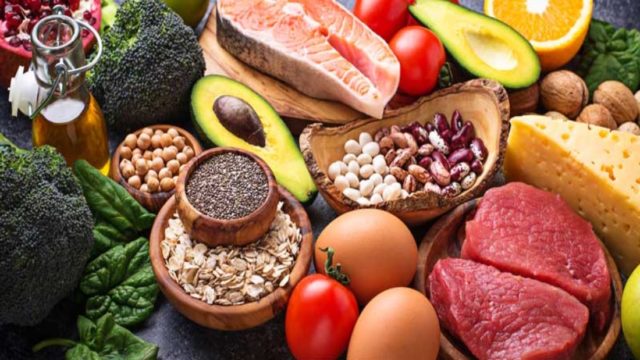 Tael Vumu resides in the little hamlet of Chikoya on the outskirts of Mzuzu, Malawi. He is a volunteer that promotes the exchange and distribution of nutrition knowledge to enhance home nutrition in his community as a cluster leader for Titemwane care group. He sets an example by ensuring that his household is spotless, inspiring others to practice nutrition-sensitive agriculture and excellent hygiene in their own homes.

His activities are supported by the European Union-funded Afikepo nutrition-sensitive agriculture project which is being implemented to increase and diversify dietary intake of safe and nutritious foods to achieve optimal nutrition for women of childbearing age, adolescent girls, infants and young children.

Tael talks with pride of the importance of men’s participation when it comes to activities that contribute to good nutrition in the home, saying that society considers issues relating to food preparation and consequently nutrition, to be a woman’s domain but this should not be as restrictive. He insists that nutrition security in the home is one of the responsibilities that men should embrace.

“If I am responsible for taking care of my children’s needs and wellbeing, then one of my tasks should be to ensure that my family adopts practices that contribute to good nutrition, whether in agriculture, or hygiene, or even bringing in money for buying supplementary food items which we cannot produce,” he says.

Indeed, Tael and his wife agree on the importance of taking responsibility for nutrition and as a result, the Vumu household is a model home, a learning centre where community members come to learn how they too can create an environment that is conducive for better nutrition.

“Through the care group meetings, we learn and remind each other of the importance of consuming the six food groups, diversified agricultural production. We were used to rearing chickens and not rabbits, but after we were provided with rabbits, we realized that rabbits reproduce at a faster rate than chickens. We also grow yellow maize, orange fresh sweet potatoes, soya beans, fortified kidney beans, and other nutrient-dense crops,” Tael says about care group lessons, which he scales down to 12 households.

Tael confirms that Afikepo has brought improvements to hygiene and subsequently the health of his family are good hygiene practices. These include the construction and use of drying racks for kitchen utensils and good toilets in the sense that the structures are kept clean and soap and water are provided for hand washing after use.

He marvels at the changes brought within the village saying that benefits also include a consideration, which community members now give to protecting the environment. His wife Mary Phiri, confirms that the introduction of energy-saving stoves through Afikepo, which use less firewood, helps save time, which was previously lost fetching firewood, and helps to maintain trees in neighbouring woodlots.

“The kitchen was an empty room where we cooked on an open fire. It required a lot of firewood, which ran out quickly. We were contributing to the destruction of the environment. But because Afikepo has provided us with skills to construct energy-saving stoves, you find that we use perhaps two small logs, and the food is ready and this, in a short space of time since the stove retains heat,” she says.

All the 12 homes that Tael supports have constructed energy-saving stoves. Similarly, learning from the Vumus’ example, those households also have backyard gardens and have planted fruit trees, which the project provided to ensure availability and accessibility of fruits and vegetables that make up part of household diets.

With support from the project, in February 2020 Titemwane care group constructed a rabbit coop and received an initial five rabbits. These have bred and a rabbit pass-on initiative is helping care group members and households with pregnant and breastfeeding women or with children under the age of five, keep rabbits so that they have increased access to and consequently the consumption of animal-source protein. Since September 2020, 13 households have received two rabbits each so that they too can breed ready for a pass on to others.

When asked what inspired him to become a cluster leader, Tael says that initially, it was his sister who was cluster leader. When she moved away, there was no one to take up the responsibility so he stepped in.

“I was inspired by the visible changes that I saw the project was bringing while I was only a member and got encouraged to take up the cluster leader role so that I could lead and inspire others to take part in nutrition activities and be a part of bringing change to our community,” he says with enthusiasm.