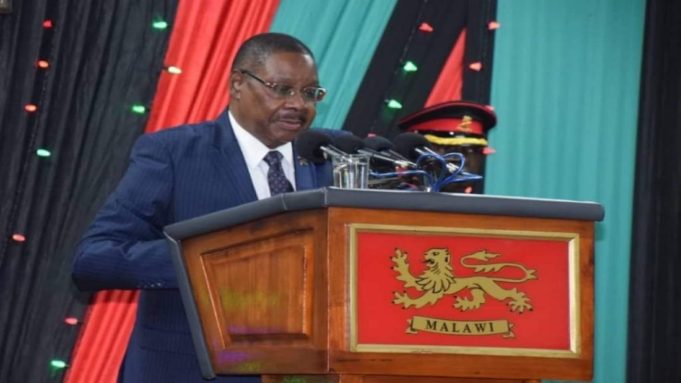 Malawi’s (2021/2022) Affordable Inputs Program (AIP) will commence earlier than the 2020/2021 program started, this is according to the Ministry of Agriculture, Irrigation and Water Development

Minister of Agriculture, Lobin Lowe, said this in Parliament during his presentation of how 2020/2021 AIP has fared recently.

“Last season, we worked under pressure, but this season we will try to start as early as possible to make sure that by June or July, fertilizer is readily available in all markets.

“This time, we will give a lot of quota to public institutions, more especially ADMARC considering its wide network,” he said

The Agriculture Minister said so far, the government has already sourced 150, 000 metric tons of fertilizer which will be supplied to ADMARC depots.

In this year’s growing season, the affordable agricultural inputs under AIP targeted 4.2 million households, however, after the list of farmers was validated by National Registration Bureau (NRB), the number of farming households reduced to 377, 500, according to Lowe.

“The drop was due to several factors including deaths, duplication and ghost households, just to mention a few reasons,” he said.

“In monetary terms, the budget requirement for the program also reduced from K160.2 billion to K140. 2 billion,” he said.

The minister then assured the nation that his ministry would continue to work with NRB to clean and update the AIP list in the system to ensure that they (Agriculture Ministry) have a true record to guide their programming in future programs.

Leader of the House, Richard Chimwendo Banda, commended the report from the Minister of Agriculture, saying it was able to highlight the achievements and challenges of the program.

He said the government should be able to open up and tell people the challenges that they have gone through.

“The best of it all is despite the challenges, they have been able to achieve a good percentage of AIP and members were able to express different experiences in their constituencies,” he said.

Chimwendo Banda further said it was pleasing to note that legislators were able to share how best AIP can be improved as it continues.

Malawi urged to develop agriculture policies and initiatives that will assist young people in...