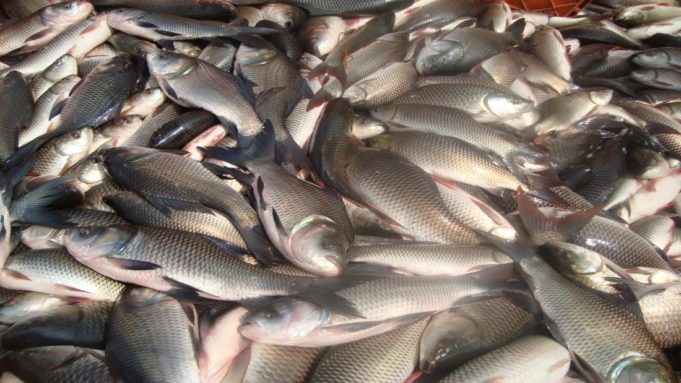 Research in the Journal called “Nature”, published last month suggest that substantial recovery of marine life is achievable by 2050

Local initiative Food Flow supports small-scale farmers who are not a part of the large retailer supply chain to continue earning income throughout the lockdown.

“We have been in conversation with a collective of small scale fisheries and will be starting to purchase from them as well. To get fish out into communities, especially those cooking up meals to benefit everyone,” co-founder, Ashley Newell.

Parts of the south and east coasts of South Africa, from Cape Agulhas to Mozambique, are at risk of sudden ecological disruption as early as the 2050s.

What surprised senior researcher at the African Climate & Development Initiative at the University of Cape Town, Dr Christopher Trisos and his co-authors Dr Cory Merow (University of Connecticut) and Dr Alex Pigot (University College London) is that the earth’s biodiversity is at risk in the first half of this century.

Trisos told Weekend Argus that tropical ocean ecosystems in the Indo-Pacific, Caribbean and along the west coast of Africa will face serious impacts in the next decade or two.

He stressed that this could negatively impact livelihoods and food security for hundreds of millions of people across these regions who depend on wild-caught fish and nature-based tourism.

“More than 90 per cent of the warming that has happened during climate change over the past 50 years occurred in the ocean,” he said.

Tropical fish species moving south into the estuaries of the temperate zone have been reported.

As fish species shift their geographic ranges away from warming waters this can have substantial impacts on the fishing industry, according to Trisos.

He noted that South Africa saw the eastward shift in the distribution of west coast rock lobster.

This had serious negative implications for communities on the west coast that rely on fishing for their income and livelihoods.

Climate Change will have a devastating impact on small-scale fishing and their communities, said the Director of the Masifundise Development Trust, Naseegh Jaffer.

“Climate change affects the breeding ground and the way fish move around. Small-scale fishers have to adapt to new ways of working and evolve in order to survive,” stressed Jaffer.

“Whether you’re a fishery, a seafood processor, a certifier or consumer it is a timely reminder that we can safeguard our oceans for future generations,” he said.

There is national legislation in place (principally the National Environmental Management Act and the Marine Living Resources Act) to safeguard our oceans for future generations.

“This is to ensure sustainable fishing, conservation of marine resources and the ecosystems that support them,” said director of communication services of environment, forestry and fisheries, Zolile Nqayi.

The Department is conducting assessments of the vulnerability of fisheries in regards to climate change.

“Together with developing adaptation plans for our local fisheries in response to climate change, it is expected that these will be made publically available later this year,” he said.

The department told Weekend Argus that a number of marine fishing resources which are found in the Western Cape are considered to be under pressure.

Some consequences include fines of R2 500 per charge with a maximum fine of R5 000, according to Nqayi.

“Fishing permits and licenses are further issued subject to compliance with various other South African environmental legislation,” he said.

Malawi takes a hardens its resolve against illegal fishing