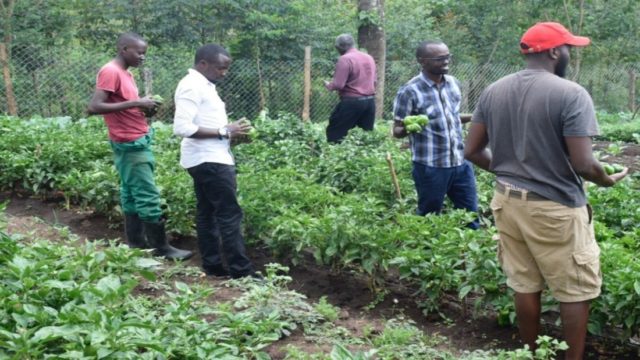 In order to attract youth participation, young people in the country have urged the government to incentivize agriculture.

Dingiswayo Jere, Chief Executive Officer of the National Youth Council of Malawi (NYCOM), said that new technologies in the agriculture sector are needed to make it appealing to young people during the International Youth Day commemoration in Lilongwe.

“Our nation should move into a modernized system of agriculture from the traditional way in order to make it exciting to the youth,” he said.

Jere said authorities should allow young people to participate in decision-making processes, stressing that this is crucial in innovating ideas that can transform the sector.

A young entrepreneur and Agribuz Hub Director, Msekiwa Masimbe, said agriculture can be transformed by the participation of young people through their innovative ideas.

“Young people can bring in new technologies in the sector including marketing, irrigation, value addition among others,” she said.

The Director of Planning in the Ministry of Agriculture, Rodwell Mzonde, said the government is looking at ways on how possible they can support youths by providing finances so that they venture into agriculture.

“It is already in the policy to empower youths in terms of giving out capital for agriculture,” he said.

Youths constitute the majority of the population in Malawi.

Malawi urged to develop agriculture policies and initiatives that will assist young people in...