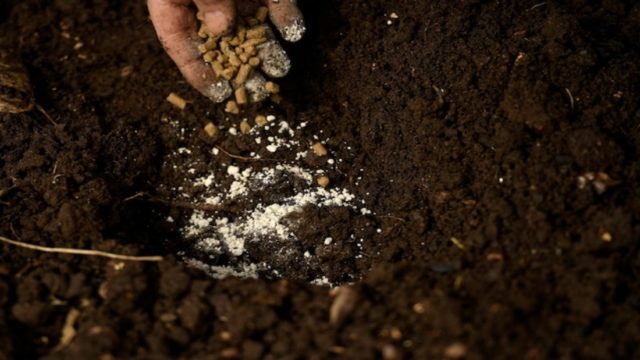 Farmers in Malawi say that rising fertilizer prices are likely to have an impact on production in this agro-based southern African nation.

Malawi’s President, Lazarus Chakwera, has stated that he will take steps to reduce the sharp increase in fertilizer prices, which have doubled in the last year. He claims that about 80% of Malawi farmers can no longer afford fertilizer.

Farmers Union of Malawi is led by Jacob Nyirongo, its Chief Executive Officer.

Fertilizer prices have hit an all-time high in Malawi with a bag weighing 50 kilograms now selling between $40 and $50. This is almost double the prices of last year.

Agriculture experts say this would likely lead to higher costs for government-subsidized fertilizers under the Affordable Inputs Program, in which ultra-poor farmers buy at $6 per 50 kilograms bag.

But in his nationally televised address Saturday, President Chakwera vowed the keep the prices low.

He said the price hike is the result of actions by a cartel, which he did not name, and accused it of trying to undermine his Affordable Inputs Program.

He says “But what I want you to know is that I and my government cannot allow someone to kill agriculture in this country. Whether one likes it or not, farmers will buy fertilizer at a cheaper price this year.”

He, however, said the prices might be slightly higher than last year’s but not as exorbitant as they are now.

But the Fertilizer Importers Association in Malawi, a group of fertilizer importers justifies the current price rise.

Speaking in Malawi Parliament Wednesday, the group said the rise is dictated by the international market which is facing the rise in fertilizer’s raw materials like phosphate.

In response to the rise in fertilizer prices, the Ministry of Agriculture announced in July that it has trimmed the number of beneficiaries of the subsidized farm input program this year from 3.7 million to 2.7 million.

But Chakwera has reversed that decision.

“I will not allow anyone to remove any family or village from the list of beneficiaries of the cheap fertilizer. This is taking the government for granted. If there are people I vowed to fight for, they are the farmers,” he said.

Dr Betchani Tchereni is a lecturer in Economics at the Malawi University of Business and Applied Sciences.

He says farmers should do organic farming which largely relies on manure.

“This organic way of farming is the way to go. We just need to propagate it to make sure that everyone understands the best way of doing it. Once we do that, I think issues of biodiversity will come in and I am very sure that at the end of the day, we are going to benefit as a country economically and also in terms of our health,” he said.

“So what we have seen as farmers is that if you use manure, you improve the health of the soil. And you enable the soil to utilize the fertilizer that you apply to a crop. So, if for example, you combine manure with inorganic fertilizer, you get the best yield,” he said.

Nyirongo says, for now, farmers are keeping their fingers crossed on President Chakwera’s pledge to help control the overpricing of fertilizer.

Why African farmers are waking up to the huge potential of...