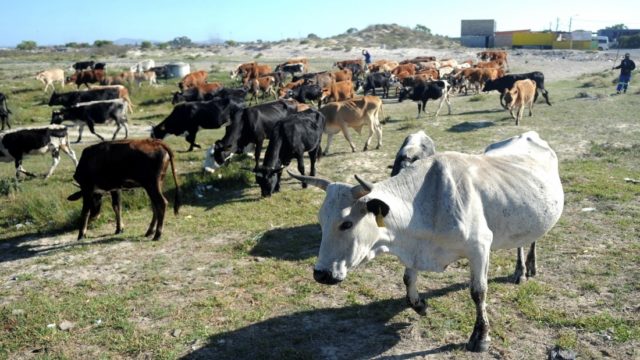 An outbreak of Foot and Mouth Disease has been reported in Ntcheu District.

This has been confirmed by Ntcheu director of agriculture, environment and natural resources, Edward Katunga

So far seven cattle have clinically proven to be affected by the disease.

Katunga made the confirmation during a Sector Management Meeting held on Wednesday.

“Investigation done by veterinary officials has reported seven clinical cases out of 128 cattle examined in the area,” he said.

Meanwhile, the district has put in place measures to control the further spread of the disease.

He said the measures taken are in conformity with the Control of Animal Diseases Act and the World Animal Health Organisation Guidelines.

Ntcheu District Council Director of Administration, Hastings Mlambuzi said the council will make sure that the measures put in place are adhered to.

He said the council will also set its measures to enforce the restrictions put by the Ministry of Agriculture in order to deal with the outbreak in the district before it is spread to other EPAs.

“As a council we are going to make sure that all the measures set by the ministry are being followed accordingly to ensure that the outbreak does not spread to other EPAs,” said Mlambuzi.

Although the disease, which is caused by a virus usually affects cattle, it also affects other livestock such as goats, pigs and sheep

Over 2000 cattle have so far been vaccinated and the same cattle will be vaccinated again within two weeks.