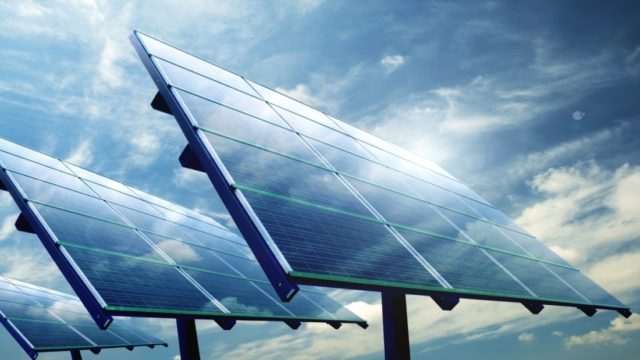 Climate campaigners have described the announcement by the British government to suspend financial support for thermal coal as a “small first step.”

The British Prime Minister, Boris Johnson announced at the inaugural UK-Africa summit that the government will suspend financial support for thermal coal as part of efforts to present itself as a global leader in green technology.

Climate activists have welcomed the move though they believe it’s only a “small first step” since only a tiny amount of UK export credit guarantees for energy projects went to coal, with 97 per cent focused on oil and gas.

“Billions are being spent on oil and gas,” said Sarah Wykes, an energy expert at Cafod, the international charity, who called for a complete phase-out of support for fossil fuels. “They need to be looking at how they actively support our renewable industry. They spend a piddling amount on renewables.”

He said his government would use the financial firepower of the City of London and what he described as Britain’s world-class green technology industry to spearhead innovation and job-creation on the continent.

“Not another penny of UK taxpayers’ money will be directly invested in digging up coal or burning it for electricity,” he said, adding that Britain could not “trundle over to Africa and line our pockets” by encouraging technology it no longer supported at home.

The UK has not invested in a coal mine since 2002 but has spent tens of millions of pounds on equipment and ancillary services since then.

According to Cafod estimates which are based on official data, UK spent £3bn in overseas development aid on energy investments from 2010-2017, of which £678m was on fossil fuels and £1.03bn on renewables.

It also provided an additional £3bn in export credit guarantees for energy projects in developing countries in the same period. Of the total UK support for energy, 60 per cent was for fossil fuels.

Akinwumi Adesina, president of the African Development Bank, said that Mr Johnson’s announcement on coal was in line with the bank’s own thinking.

“I do not invest in coal. Coal is the past, it’s not the future,” he said. “It is in Africa’s interest to have an endogenous process of growth that is green,” he said.

However, Adesina said that, although the bank shunned oil projects, it did invest in gas, which he described as essential if the continent was to industrialise.

“We’ve got to realise that development has to happen and [that] there’s a balance between development and the climate.”

The summit is an event intended to set out Britain’s post-Brexit stall.

UK officials admit that Britain has been slow to grasp the commercial opportunities in Africa, with other countries, including China, Turkey and India, stealing a march.

Mr Johnson acknowledged the sharpening competition for business in a continent that has eight of the world’s 15 fastest-growing economies, including Ethiopia, a country of 110m people.

“We have no divine right to that business,” he said. “This is a competitive world. You have many suitors.” France, he noted, would also be holding an Africa summit of its own.

As part of what is being presented as the UK’s renewed focus on the continent, CDC Group, the UK government-owned impact investor, said it would spend an additional £2bn over the next two years as part of a plan to double its African exposure.

The body, which was once criticised for investing in projects such as shopping malls and upper-end real estate, has been revamped to concentrate on investments in the poorest countries in Africa and south Asia.

The CDC on Monday announced new “partnerships” worth a total of $400m with several African financial institutions, including a $100m trade finance loan with Absa, the South Africa-based bank that last year separated from Barclays after its UK parent scaled back its exposure to Africa.

Separately, Alok Sharma, the UK’s secretary of state for international development, said the UK would partner with five African countries — Egypt, Ethiopia, Ghana, Kenya and Uganda — to mobilise private-sector funding for what he described as “quality, environmentally friendly infrastructure projects”. The UK would lead a facility that would develop a pipeline of “investible projects” in low-carbon infrastructure, he said.

Britain’s emphasis on low-carbon investments is not universally popular in Africa, where officials from Nigeria to Mozambique have proclaimed their countries’ right to exploit fossil fuels in an effort to industrialise and raise their people’s standard of living.

Ms Wykes at Cafod said African countries could industrialise without resorting to dirty power and that the way of bringing power to 600m people currently without access to electricity was through off-grid solutions, including micro-solar installations. “Tell me an African country that has really reduced poverty on the back of fossil fuel exports,” she said.