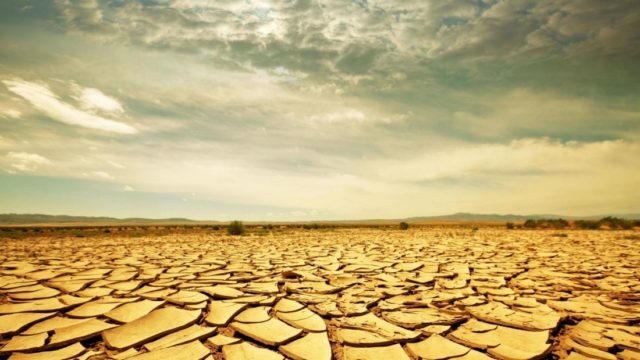 Ellen Matupi didn’t cause the climate emergency, but she’s now on its frontline.

“The emergency is now, disasters are happening now, and we want relief now. When I don’t get a good crop, I will not put food on my table for my children.”

As a subsistence farmer from Malawi’s northern district of Rumphi, the global climate negotiations are normally very far from Ellen’s mind; she has much more immediate challenges.

But this year she’s travelled more than 5,000 miles to COP25 – the UN climate talks in Madrid – to raise her voice and to speak for millions more who can’t be here.

“In Malawi, we are still farming using hoes; it’s a back-breaking exercise. It is so hard. The soils have become harder than before.

“Farming is unpredictable these days. We have several problems like droughts and floods.”

In Malawi, the vast majority of people are smallholder farmers who depend on rain-fed agriculture to survive.

Earlier this year, floods induced by Cyclone Idai affected many parts of southern Malawi damaging houses and crops. Across Zimbabwe, Malawi and Mozambique more than 1,000 people were killed.

Alongside reducing emissions faster, boosting support for countries on the frontlines of the climate emergency is at the top of the agenda at COP25, which was relocated from Chile amid civil unrest over growing levels of economic inequality.

At the core of the climate negotiations is a deep-rooted injustice: the poorest half of humanity – 3.5 billion people – are responsible for 10 per cent of carbon emissions yet are being hit first and worst by a crisis they did little to cause.

In contrast, the richest 10 per cent produce around half of global emissions.

Rich countries promised $100 billion a year by 2020 to help poor countries cut their emissions and adapt to a changing climate.

“2020 is just around the corner,” said Ellen. “We will see if their promises are true or not, but so far we’re not being helped.”

Just $71.2bn was mobilised in 2017 – though this over-states actual support by a huge margin, with most of the funds given in the form of loans that need to be paid back, double counting, and too little of it committed to help people adapt.

Worse still, due to slow emission reductions, climate impacts are increasingly going way beyond what it is possible to adapt to.

Rich countries must, therefore, do more to pay off their ever-growing climate debt by helping poorer countries rebuild towns and rehome communities after climate disasters.

Take Scotland. On top of our historic emissions, even if we achieve our welcome new net-zero emissions by 2045 as per our new climate change law, our past and present emissions will continue to make the climate emergency worse.

Scotland can’t look away. While it is not a formal party to the Paris Agreement, unlike the UK, Scotland’s Cabinet Secretary for Climate Change Roseanna Cunningham is at COP25 in Madrid amid growing calls for increased action.

Scotland can be proud of our early commitment to climate justice, but now is the time to increase this example.

With just 11 months until the world’s climate talks in Glasgow, Scotland must rapidly reduce its emissions.

But we must also renew our commitment to helping the world’s poorest countries adapt to this crisis.

Having declared a “climate emergency”, the Scottish Government must now identify ways to boost our Scottish Climate Justice Fund by identifying new sources of revenue and then ensuring it reaches communities being devastated right now.

And we must go further by introducing ring-fenced additional funding to support those facing unavoidable loss and damage.

By innovatively using the Scottish Parliament’s revenue-raising powers, Scotland can set a powerful example ahead of COP26 in Glasgow that more funding can be secured without raiding existing international development budgets.

“Scotland is already supporting Malawi. They should continue, and perhaps add some more,” Ellen said.

“My message to all world leaders is they should keep their promise that they will provide climate finance for adaptation, as well as for loss and damage.”