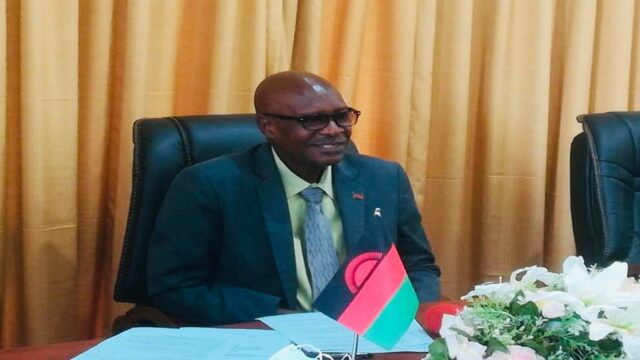 Speaking in his national address on Tuesday, Chakwera said he has relieved Lowe and Wirima for their high incompetence and gross negligence over management of this year’s Affordable Inputs Programme (AIP).

“By powers vested in me I have relieved Minister of Agriculture and his deputy with immediate effect, there are serious problems in the agricultural sector which need to be fixed.

“…I am not here to serve a party, alliance or a Minister, but I am here to serve Malawians…,” said the President in his part of the address.

Chakwera has since appointed Sam Kawale as new Minister of Agriculture and he has hinted that in the due course he will make various changes in his cabinet.

The President has also confirmed that his government paid USD 725,000 through two different banks to pay a British company which was supposed to supply this country with fertilizer.

However, he said the government is trying hard to recover the money through the banks which they were dealing with in the procurement process.

Recently, Public Procurement and Disposal Authority told the press that the body has no file containing the said procurement process and the Anti-Corruption Bureau also said it did not vet the process as required by the law.

Nonetheless, the President has refuted allegations that the government was duped out of K30 billion as claimed by agricultural committee of Parliament.

Earlier on Tuesday, the former agriculture Minister Lowe witnessed the offloading of the AIP fertilizer at Smallholder Farmers Fertilizer Revolving Fund Malawi (SFFRFM) depot in Lilongwe which happened to be his last assignment before being fired.