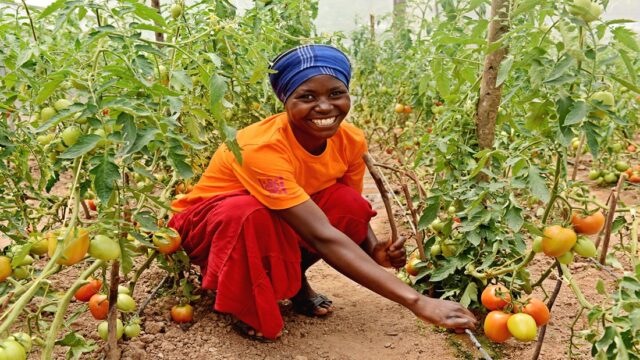 Calling creatives to act on the most pressing emergency facing humanity – the climate crisis. Climate Story Lab ZA invites Southern African creatives to submit innovative and imaginative projects for an opportunity to participate in a four-day residential lab near Cape Town, South Africa in January 2023. The first Climate Story Lab ZA is an incubator aimed at shifting the narrative and amplifying communication around climate change in order to make positive impacts against the global crisis.

Up to eight projects will be selected for CSL ZA, and up to two team members per project will be invited to a four-day lab near Cape Town from 22 to 26 January 2023. The lab will focus on developing the stories, designing impact strategies, and introducing projects to potential partners.

“We keep hearing about the issue and how dire the situation is,” explains Dr Liani Maasdorp, CSL ZA co-director, impact consultant and UCT film lecturer.  “People feel overwhelmed and sometimes don’t do anything because they don’t think they can make a difference. But one person can – as long as we all do something. Statistics and graphs don’t move people to action, but emotions do. That is why we are inviting creatives to come together to make their stories as strong as possible and make sure they reach the right audiences to take action against the climate crisis.”

“We see creatives as a kind of emergency corps rushing in at a time when global leaders are just not acting fast enough,” explains Anita Khanna, climate justice activist, producer and CSL ZA co-director. “Creatives can help spread the message about how urgent this is, push back against false solutions to the crisis in accessible ways, help to  get people to see that climate impacts are affecting every part of their lives, and importantly, give us a vision of a world that sustains life, not one that destroys it.”

“We firmly believe that storytelling can reach into the hearts and minds of people and shift behaviour and inspire action. Now is the time to harness our creative energy to support urgent and innovative action on the climate crisis” says Miki Redelinghuys, CSL ZA co-director, documentary filmmaker and impact producer.

This intensive residential Lab is supported by the UMI Fund and hosted by the UCT Centre for Film and Media Studies in partnership with Doc Society and the Climate Story Unit.