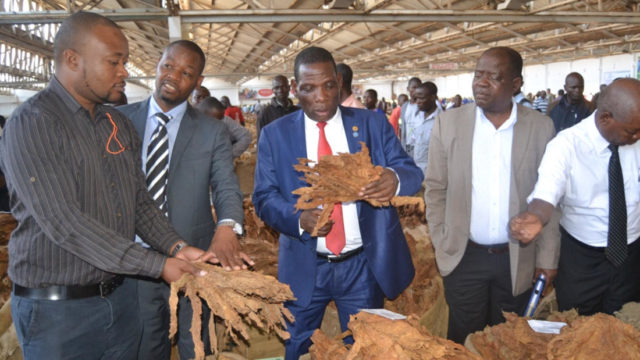 Government is optimistic that the new tobacco bill recently passed in parliament is a milestone to bring sanity in the tobacco industry.

Joseph Mwanamvekha, the minister of Agriculture, Irrigation and Water Development said stakeholders in the industry – farmers, transporters and buyers have been unhappy.

“The bill will help to iron out some of the challenge the industry was facing such as pricing, quality of the leaf and contract farming. This will enable all players to pay their rightful role in the sector,” said Mwanamvekha.

He said the bill would empower the farmers to have a voice and benefit from the proceeds of their hard work.

Passing of the bill comes after 13 years of vigorous consultations, as the tobacco sector remains the key foreign exchange earner for the country.

“The sector crates employment opportunities to many Malawians and all stakeholders should rejoice for the passing of this bill,” said Mwanamvekha.

Meanwhile the chairperson of Parliamentary Committee on Agriculture, Chidanti Malunga said the consultations for the formulation of the bill were not easy.

He said the wide consultations were done with various stakeholders has helped to reshape the bill for the betterment of the tobacco industry which a main stay of the country’s economy.