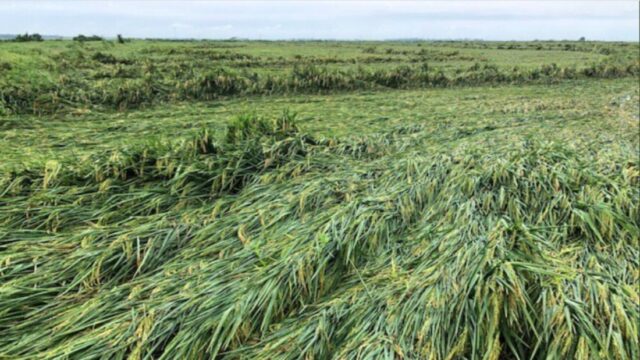 Since 1981, IFAD has financed 14 rural development programmes and projects in Malawi at a total cost of $653.67 million, with an IFAD investment of US$ 350.48 million

With Malawian farmers still reeling from tropical storms that devastated crops and livelihoods in recent weeks, Norway’s Minister of International Development and the President of the UN’s International Fund for Agricultural Development (IFAD) will visit the country to meet its leaders and small-scale farmers to discuss the impacts of climate change, and ways to build resilience.

“Extreme weather events have increased globally and have recently wreaked destruction in Malawi – and it is the small-scale farmers who are feeling the brunt of it.  My urgent call is to step up investments in adaptation and resilience to ensure that climate change does not deepen hunger and poverty,” said Gilbert F. Houngbo, President of IFAD, ahead of the visit.

“Food security is a main priority in Norway’s development policy because it is essential to fight inequality, poverty and hunger,” said Anne Beathe Tvinnereim, Norway’s Minister of International Development. “IFAD’s projects and programmes enable small-scale farmers and fishermen to produce enough, safe and healthy food in climate-smart ways. Therefore, I am looking forward to a joint field visit with President Gilbert Houngbo to IFAD projects in Malawi. Norway will strengthen our partnership with IFAD and will top-up our core contribution significantly for 2022-24.”

Arriving on 27 February for a three-day visit, Beathe Tvinnereim and Houngbo will meet with Malawi’s President Lazarus Chakwera, the Minister of Agriculture and Rural Development, Lobin Lowe, and the Minister of Finance and Economy, Sosten Alfred Gwengwe, to discuss investments in climate change resilience to achieve zero hunger and poverty targets in the country by 2030.

They will then travel to an IFAD-supported project to discuss the challenges of climate change and COVID-19 directly with small-scale farmers, particularly women, to see how targeted investments have built their resilience and boosted their food security, nutrition and gender equality. While in the country, they will also meet Rudolf Schwenk, United Nations Resident Coordinator ad interim, the United Nations Country team, development partners and Farmers’ Organizations representatives working in Malawi.

Malawi is a relatively small country with an estimated population of about 19 million people, 83 per cent of whom live in rural areas. Agriculture remains the backbone of the economy, accounting for almost a quarter of Malawi’s GDP. However, many small-scale farmers battle to earn a decent living, with 70 per cent of the country’s population living below the poverty line of US$1.90 per day.

With improved processing technologies and farming methods, small-scale farmers can feed a growing population while restoring degraded ecosystems and reducing agriculture’s carbon footprint. When they have access to weather forecasting information and disaster preparedness, they are more resilient to severe climate events, such as the tropical storms that resulted in a declaration of a state of emergency in the country last month. This requires increased investments in small-scale farmers, who are often the poorest and most marginalized rural people.

Since 1981, IFAD has financed 14 rural development programmes and projects in Malawi at a total cost of $653.67 million, with an IFAD investment of US$ 350.48 million. This has directly benefited more than 2 million rural households.

IFAD invests in rural people, empowering them to reduce poverty, increase food security, improve nutrition and strengthen resilience. Since 1978, we have provided US$23.2 billion in grants and low-interest loans to projects that have reached an estimated 518 million people. IFAD is an international financial institution and a United Nations specialized agency based in Rome – the United Nations food and agriculture hub.