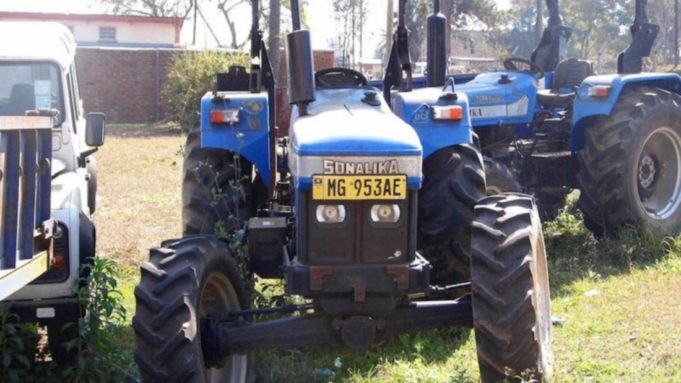 The Tractor-gate case is set to resume after the Malawian High Court dismissed an application by the State to have the case struck off the court roll.

Presiding Judge Charles Mkandawire found Phiri and Chiunda guilty of snubbing a court order issued by the Malawi Supreme Court of Appeal which mandated them to apologize to the public for procuring and disposing of farm equipment bought using about K37 billion ($50 million) of borrowed funds.

However, the State sought to state their case and they asked the court to hear their side on the matter before any judgement could be passed on them. They did this through private practice lawyer Chancy Gondwe. They later on applied for the dismissal of the case.

In its application for the dismissal of the case, the State, among others, argued that it complied with the Supreme Court ruling by issuing a public apology; hence, no need for the court to proceed with the contempt of court proceedings.

While agreeing with the State that there was some level of compliance with the ruling, the judge said there were still grounds for the court to hear the contempt of court case.

“What counsel is touching on is the central pillar of this case and it is the issue that awaits the court’s enquiry. It is therefore, unfortunate to hear from counsel that there is no need for enquiry now.

“I do not want to be tempted to enter into the horizon of discussing the substantive issue here. It is however very important to remind counsel for the respondents that the judgement and orders of the Supreme Court of Appeal contained specific time frames,” said Mkandawire.

The Ombudsman Martha Chizuma applauded the ruling and said her office is now waiting for the date of the hearing.

“The Office of the Ombudsman asked the High Court to hear the Ombudsman’s application for contempt of court order against two principal secretaries for allegedly disobeying a court ruling relating to disposal of tractors bought using public funds. The hearing will now be on the substantive contempt proceedings,” she said.

It is reported that on February 11 this year, the Supreme Court ordered the two public officers to issue a public “apology for buying equipment that was archaic and sitting idle and deteriorating, thus unnecessarily indebting Malawians and for the illegal selling of the tractors”.

This was after information of faulty procurement and suspicious disposal of the tractors and 144 maize shellers came to light in 2016.

The equipment was going towards the Green Belt Initiative, an initiative expected to put about one million hectares under irrigation.

However, only 77 tractors were put to use while the remaining 100 were diverted and sold to senior government officials, politicians and businesspersons.

Investigations ensued that resulted in the Ombudsman highlighting cases of gross mismanagement in a report titled The Present Toiling, The Future Overburdened. The Ombudsman demanded the officials involved make an apology to the general public.