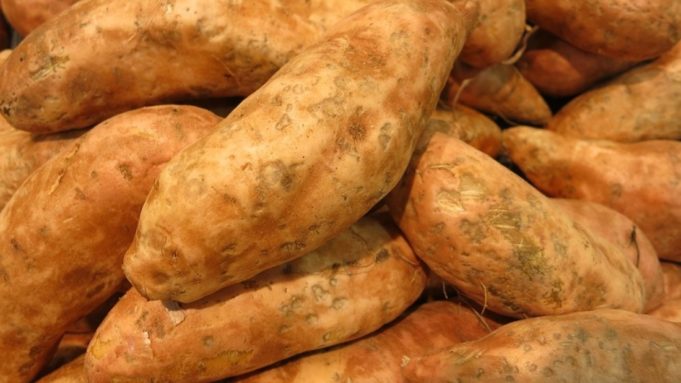 Orange-fleshed sweet potato leaves and roots are more ideal for boosting food security and solving nutritional deficiencies in resource-poor households rather than promoting their large-scale production for sale, a study suggests.

According to a 2012 survey conducted by South Africa’s Agricultural Research Council, about 44 percent of preschool children and 25 percent of women at childbearing age in the country were deficient in Vitamin A.

Aware of micronutrient deficiencies known as ‘hidden hunger’ being a major problem affecting mostly rural resource-poor households in Sub-Saharan Africa, researchers say that supplementing diets with food rich in micronutrients including vitamin A is a potential solution.

“In most countries in Sub-Saharan Africa, the storage root of orange-fleshed sweet potato is consumed whereas the leaves are underutilised,” says Melvin Nyathi, researcher in vegetable and ornamental plants at the Netherlands-based Wageningen University and Research, and lead author of the study published in the Journal of Water Management last month (20 May).

In December-May 2014 and November-May in 2015, the researchers conducted a field study on the suitability of orange-fleshed sweet potato leaves and roots having a dual purpose of increasing food security and addressing nutritional deficiencies. The experiments assessed the production conditions of rural resource-poor smallholders including use of fertilisers.

“Utilising orange-fleshed sweet potato as a dual-purpose food crop is not an ideal practice for market-oriented farming; the loss of marketable storage root was about 50 per cent under well-fertilised conditions,” says the study. “[It] can be considered for less market-oriented rural resource-poor households.”

Nyathi explains: “Key findings of this study showed that utilising orange-fleshed sweet potato as a dual-purpose food crop will improve nutritional food security of rural resource-poor households because the leaves are available for consumption as a relish during the growing period and at the end of the growing period, the storage roots become available.”

He adds that smallholders should be encouraged to produce orange-fleshed sweet potato for their own consumption.

According to Nyathi, current government policies acknowledge the need to achieve higher food productivity but are silent on nutritional food security for all because they support higher productivity of mainstream crops.

“Policymakers should set up a new agenda that could play a major role in improving nutritional food security of the poor by promoting crops that are highly nutritious including orange-fleshed sweet potato, which has a potential of being used as a dual-purpose food crop,” he says.

Sunette Laurie, a sweet potato breeding expert based at South Africa’s Agricultural Research Council, says the study is important because it provides more evidence of the potential use of this tasty starchy crop to be used and promoted as both a food crop and a solution to nutritional deficiencies.

Orange-fleshed sweet potato is fairly easy to grow, and the crop does not require much input after the first month as the canopy closes the area and weeding is not required further, Laurie adds.

She calls for South African policymakers to include orange-fleshed potato growing in programmes that targets smallholders to help achieve big impacts.

“In this way, South Africans would enjoy the benefits of orange-fleshed sweet potato [just like their counterparts] in countries such as Kenya, Malawi, Mozambique and Uganda,” she says.