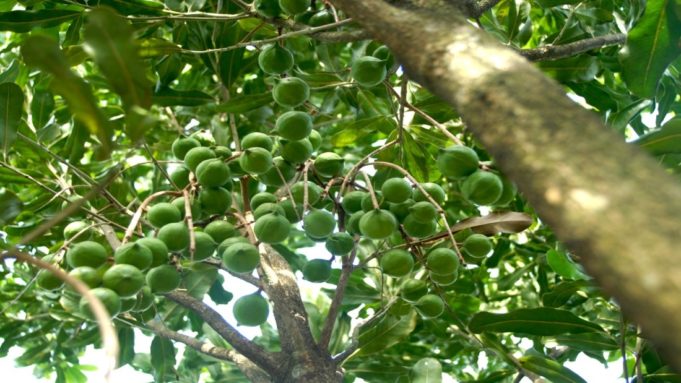 This was revealed during this year’s Malawi Investment and Trade Centre (MITC) annual exporters seminar for 2019 held on Tuesday in the capital Lilongwe.

According to Amos Suluma of Naming’omba formally Nyasa Tea Estates, the company advancing on Macadamia cultivation, Malawi stands a chance of making much profits from the crop

“As a result, we are able to negotiate better prices since there is a lot of demand at the time we start selling”.

Macadamia is purely an export crop and if properly promoted, the country can generate the much needed foreign exchange.

He however quickly observed that despite much potential in the crop but Macadamia take long time about seven years for a farmer start harvesting.

“Unfortunately, in Malawi, there is less focus on macadamia as opposed to other cash crops such as tobacco. Imported packaging materials as some are not available in Malawi such as foil porches.

“Lack of financing of macadamia new development as it takes 7 years before you start getting the crop,” Suluma said.

Ministry of Industry and Trade principal Secretary Ken Ndala assured able exporters of the ministry’s commitment to empowering Malawian producers through capacity development in a bid to make Malawi products competitive on the international markets.

“We do so by creating an enabling environment for our business community. We came up with the National Trade Policy to provide a framework for development  and diversification of  exports in Malawi.  The policy identifies trade as an important tool for inclusive and sustainable growth and development.

“We are in the process of updating the National Export Strategy which will serve as a blue-print for promoting exports from Malawi and the private sector is key. To this effect, the Ministry sees exporters not only as the engine for growth, but also as agents for sustainable development. That is why the Ministry, together with its agencies, is committed not only to creating a favorable environment for the private sector to thrive, but also to develop its capacity for effective participation in international trade,” says Ndala.

“To be held under theme: ‘Promoting diversified, competitive and value-added exports’, the 2019 exporters’ seminar strives to build capacity of potential and existing exporters by equipping them with skills in exhibition management and development of export plans,”