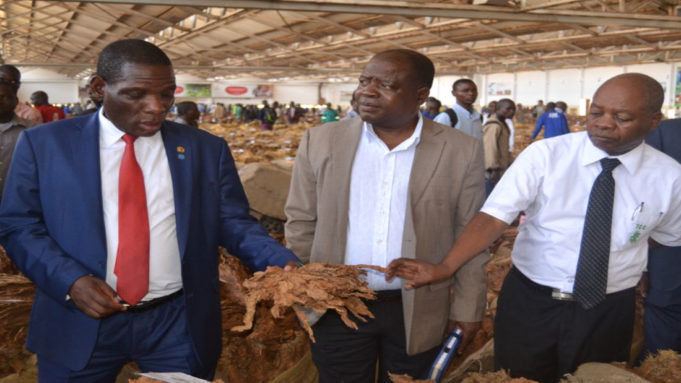 STAM General Secretary Nessimu Nyama made the recognition on Friday in Blantyre at the very event organised by partners in the agricultural sector to recognise Mwanamvekha, noting that the minister worked hard to revitalise the seed industry through the formulation of seed policy.

“We commend him for working so hard so that we should have the new seed policy and the seed bill which by next sitting of the National Assembly will become the new Seed Act. The Seed Policy in use is outdated and some of the issues are not applicable. For instance, penalties given when people have been caught faking seeds were not deterrent enough,” said Nyama.

However, Nyama said the new Seed Policy and the Act itself has come up with stiffer punishments for those making fake seeds in the country.

“He was very practical, approachable and listened to the industry and all these attributes enabled him to address a number of issues with much ease,” said Giannakis.

In 2014, government owed seed companies close to K3.8billion in arrears that were accrued under the supply of seed in Farm Input Subsidy Program (FISP). Just after being appointed minister, he promised to clear the arrears and indeed fulfilled that promise.

In his remarks, Mwanamvekha expressed gratitude for the gesture, attributing the success the whole ministry for strongly supporting each other which necessitated all the achievements.

“The recognition that has been made today is not for me alone, but the whole good the whole good team at the ministry. There are so many bills that I took to parliament like the Tobacco Industry Bill, Pesticide e Bill and the Seed Policy. But all this was achieved largely because we worked as a unit,” said Mwanamvkha.

The now former minister concurred that the ministry indeed managed subsidy programs effectively such that the coupons and fertiliser were made available to farmers in good time.