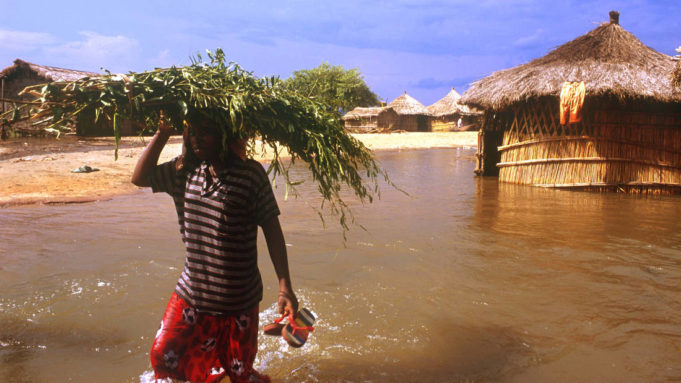 “A remarkable mobilisation of all development partners has gradually helped to address the damage caused regularly in Mozambique by the effects of climate change,” AfDB said in a statement.

A processing plant of 20-25 tonnes of vegetables per day is scheduled to open in June, 2019 in Xai Xai, the capital of southern Gaza Province, to run the production of farmers trained in climate-resilient agriculture.

The project aims at guaranteeing commercialisation and, therefore, improve revenues for farmers who have suffered from droughts and floods, two of the risks susceptible to Mozambique.

“Mozambique is the third African country most subject to the effects of climate change,” says AfDB.

These risks have already cost the country “an average of 1.1 per cent of GDP and have had repercussions that go beyond economic damage, reaching humanitarian proportions: every year between 2000 and 2013, three out of four Mozambican farmers lost crops or livestock”, states the AfDB, justifying investment in the agricultural sector.

In 2012, the AfDB invested $ 35.2 million in support to populations threatened by floods under the Pilot Program for Climate Resilience (PPCR).

The purpose of this funding was to “support agricultural production in the south of the country and improve the quality of life of some 8,200 families of farmers (a total of about 40,000 beneficiaries), helping them to cope with the impacts of climate change”.

Training in “smart agriculture” was one of the bets alongside the remodeling of irrigation and drainage infrastructure that allowed the production of 750,000 tonnes of vegetables in 2016, half of which were produced in the southern regions of the country.

The performance satisfied the AfDB who want to expand the model to the rest of the country.

“In August, the bank helped the Government to raise the equivalent of 38 million euros in support of the horticultural sector” and leading to the creation of marketing infrastructures,” AfDB stated.

The AfDB estimates that hundreds of farmers have acquired new skills in year-round plantation management, flood irrigation, maintenance of water levels in the event of drought, weed control and fertilizer use.