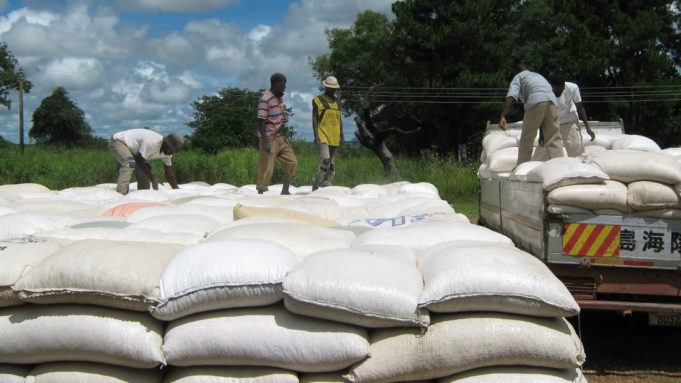 Government says it is ready to distribute free relief maize to all people who are at the risk of hunger in the country.

Minister of Local Government and Rural Development, Kondwani Nankhumwa said this on Wednesday in Phalombe District when he presided over the elevation of Senior Chief Kaduya.

Nankhumwa said government was aware that people in some districts such as Phalombe were likely to face hunger this year as they did not harvest enough maize due to dry spells and Fall Army Worms outbreak.

“Government has put in place some mechanisms to deal with the looming hunger, and one of them is distribution of relief maize to households that will be most hit in order to ensure that this year again, no one dies of hunger,” said the minister.

He further said while dealing with the negative effects of dry spells and Fall Army Worms, the government was also looking for means of ending these two enemies of crop production to solve future problems of the same nature.

However, Nankhumwa did not specify the dates when the government intends to begin the maize distribution exercise.

Member of Parliament for Phalombe Central, Honourable, Felton Mulli said the hunger had already started affecting developmental activities in his area, hence the need for a quick rescue.

“Productive men and women are not able to take part in development activities taking place in my constituency because they are busy searching for food to eat on a daily basis.”

According to the Department of Agriculture, this year Phalombe District encountered a reduction in crop production resulting from dry spells that hit most parts of the district as well as the outbreak of the Fall Army Worm.